The Thinker sculpture sits on the lawn in front of Philosophy Hall on Columbia University’s Morningside Heights Campus in New York City. This casting by French sculptor Auguste Rodin’s most recognized work was installed at this location in 1930. The bronze statue is of a male figure in meditation upon a rock which sits on a granite base.

We were awarded the contract to clean and apply a new protective coating to the bronze. The sculpture was in relatively good condition thanks to annual maintenance treatments executed by university personnel. However, a pigmented wax coating that had been applied during an earlier conservation effort had imposed an inappropriately dark coloration to the statue, obscuring its natural patina. Work began with the removal of the existing wax coating using a portable steam cleaner and pressure washer. The majority of coating and any loose corrosion was removed. Solvents were used to remove the remaining wax residue. The bronze sculpture was then spot-patinated to reduce the contrast between the areas of light green and black corrosion, primarily on the rock form and the upper torso of the figure. Finally the sculpture received a new protective barrier coating of wax. 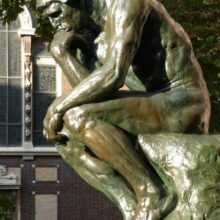 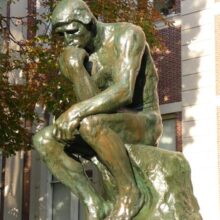 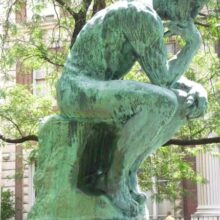 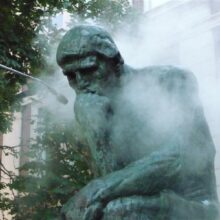 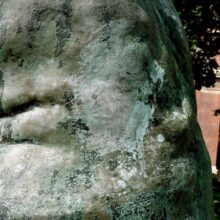 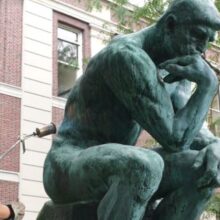 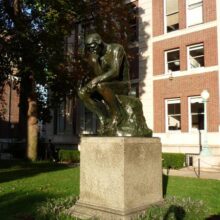