The Belden-Stratford Hotel is a fifteen-story, u-shaped structure at the corner of North Lincoln Park West and Belden Avenue in the Lincoln Park neighborhood of Chicago. The building was constructed between 1922 and 1923 by developer Charles H. Lott, who was also responsible for the Webster and Parkway Hotels. Lott employed the expertise of architect Meyer Fridstein, whose other projects included the Tivoli, Logan, Tower, Harding, and Congress theaters, as well as the Shoreland Hotel in Hyde Park.

The structure’s exterior took inspiration from the Beaux Arts, Second Empire style, which is emphasized in the use of three belt courses of terra cotta and glazed brick, a rusticated ground floor, and a balustraded central roof. For the interior design, Lott retained the services of the Chicago firm W.P. Nelson Company. The design was intended to pay homage to Louis XIV; in particular, the Main Lobby and East Lounge were based on the palaces at Versailles and Vaux-le-Vicomte.

The building is a significant example of the kinds of apartment hotel structures which arose during the post-World War I building boom and the early 20th century northward development of the Chicago Lakefront. “Apartment hotels” were a new, distinctive kind of structure developed in the early 20th century in response to superior technology, demand for more amenities, changing social views of apartment living, and an increased need for quality upper middle class multi-family living spaces.

EverGreene was retained to design, fabricate, and install a three-paneled mural for the main lobby ceiling. The cloud-inspired design was composed and painted by our Design Studio based upon the design intent provided by the client. Our artisans completed the installation of the three panels on site. 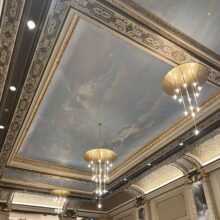 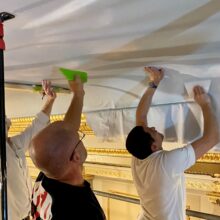 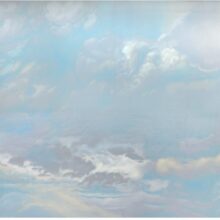 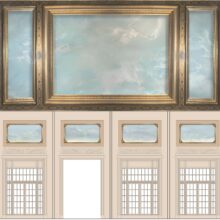 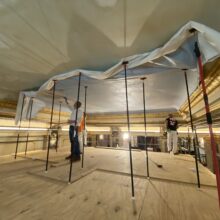 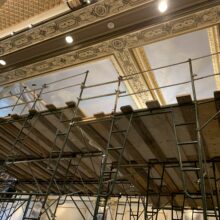 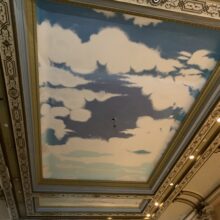