The O Street Market, built in 1881, is located at the corner of 7th and P Streets in Washington DC. It was built in 1881 along with the Center Market at Seventh Street and Pennsylvania Avenue, NW, and the Northern Liberties Market at Fifth and K streets, NW.

In the early years of the O Street Market, German women and men constituted a large percentage of the sellers. After World War II, African American sellers began to predominate, occupying small stands within the large market space. The market had become of the primary shopping venues for Shaw residents. In the 1960s it had deteriorated, in part, because of the increasing competition from modern grocery stores. As part of the revitalization of the Shaw neighborhood, the market re-opened in 1980. In 2003, Roadside Development began plans for the rehabilitation and adaptive reuse of the market.

Unfortunately, the O Street Market was empty and about to undergo renovation in late 2003 when a major snowstorm collapsed the roof and structure, leaving a partial façade. 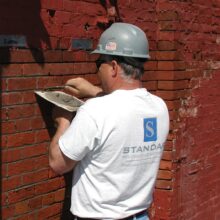 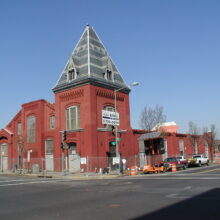