The Colorado State Capitol Building, located in Denver, Colorado, began construction between 1886 and 1903. It was initially designed in 1885 by architect Elijah E. Meyers, who also designed the state capitol buildings of Michigan and Texas. In 1889 Meyers was dismissed from the project amid significant cost overruns. Architect Frank E. Edbrooke assumed oversight of the project in 1897, and in 1903 the building was completed. The Colorado State Supreme Court operated in the north wing until it was relocated in 1977 to a new building across the street, which was demolished in 2010 to make way for a larger court building, completed in 2013.

The Colorado State Capitol was listed on the National Register of Historic Places in 1974 as a contributing structure to the Civic Center Historic District. In 2012, it was recognized as a contributing property to the Denver Civic Center National Historic Landmark District. The building has recently undergone alterations related to life safety improvements, geothermal heating and cooling systems, and the restoration of the Old Supreme Court.

Working with the Colorado Legislature, our team embarked on a multi-phase project in 2014 to restore the decoration to the House and Senate Chambers.

Phase I included the removal of acoustic tiles from the ceilings and walls in the House and Senate. Historic stenciling by artist Manuel Hill and a lost paint scheme were uncovered on the walls; it had been covered up in 1954 and had only been seen in historic photos. Once the tiles were removed, EverGreene artists conserved the stencils that could be saved, and in-painted areas of loss or damage. In areas that had suffered irreparable loss, artists replicated the stencils, implemented the 1905 green (for the House) and red (for the Senate) color palettes, and reinstated the historic stencils.

In Phase II, more acoustic tiles were removed from the ceilings of the chambers, exposing sky lights, coffered ceilings and more historic stenciling. Our craftspeople applied Star Silent acoustic plaster to the gallery walls and coffered ceilings. Decorative artists then reinstated the 1905 color palette and historic stenciling, returning the House and Senate Chambers to their turn-of-the-century appearance. 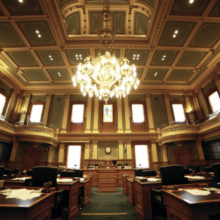 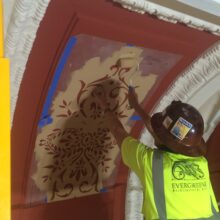 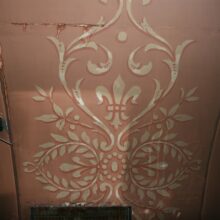 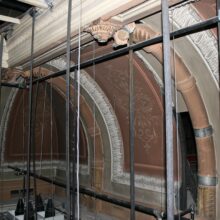 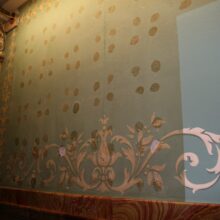 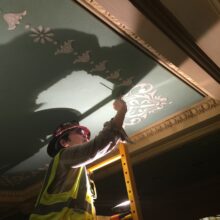 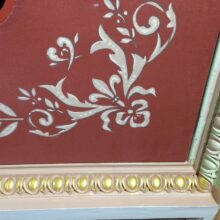 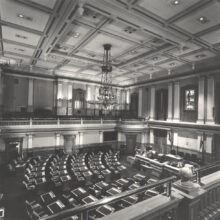 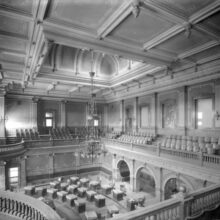 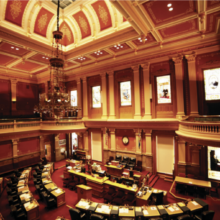