The Albert Einstein Memorial Statue situated at the southwest corner of the National Academy of Sciences. It was unveiled during the 1979 Academy’s annual meeting in honor of the centennial of Einstein’s birth. The sitting statue holds a paper with mathematical equations in his left hand, summarizing the three most important scientific contributions from the great scientist: the photoelectric effect, the theory of general relativity, and the equivalence of energy and matter.

Our conservators worked to restore and maintain the finishes of the Einstein monument at the National Academy of Science. The treatment included cleaning for the bronze and restoration of the patina to the monument’s nose. We have performed this work periodically over the years. 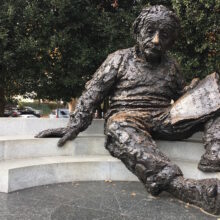 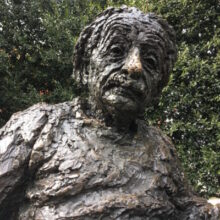 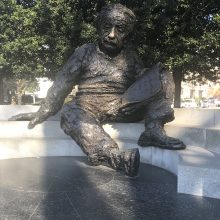