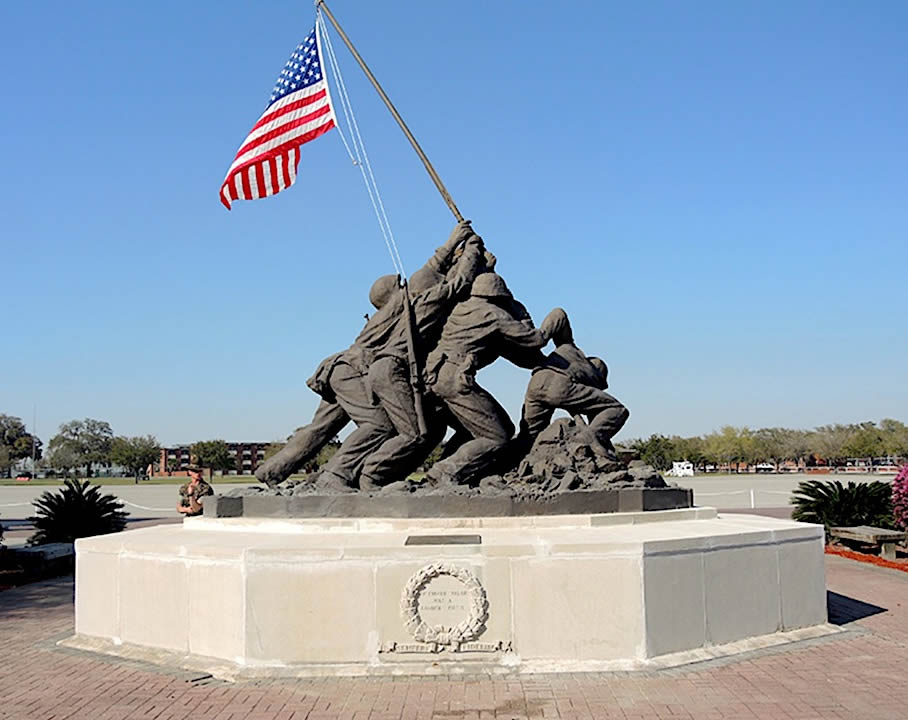 Conservation of the Iwo Jima Monument

Abstract
The Iwo Jima Monument located at the Marine Corps Recruit Depot Parris Island, South Carolina, is a one-third scale model of the well-known United States Marine Corps War Memorial, also known as the Iwo Jima Memorial, in Arlington, Virginia, sculpted by Felix Weihs de Weldon (see Figure 1). The monument represents six Marines raising the flag of the United States on Mt. Suribachi, Japan, during the battle of Iwo Jima in World War II. The monument is a depiction of a famous Pulitzer Prize-winning photograph of the raising of the second flag of the United States by Associated Press photographer Joe Rosenthal. The Parris Island monument, also sculpted by Felix de Weldon, is made of steel reinforced concrete set into a concrete base and predates the larger parade ground in 1952 and dedicated in September of that year.

In 2014 and 2015-16, the authors were contracted by the Depot to carry out two major interventions to restore the sculpture. The first intervention was a technical analysis of the monument using X-radiography, 3-D laser scanning, and visual inspection, providing a detailed condition assessment of the sculpture with recommendations for conservation treatment. The assessment revealed advanced deterioration of the sculpture caused by severe cracking of the concrete from corrosion of internal rebar, continuous ingress of water, dissolution of the clay core, and the application of impermeable and inflexible coatings preventing the escape of moisture from the saturated concrete.

(To read the abstract in its entirety, please click on the PDF.) 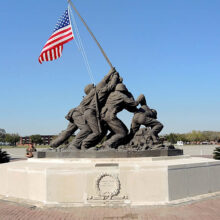 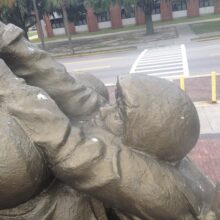