The Al Hirschfeld Theatre was originally designed by architect G. Albert Lansburgh, and opened in November 1924 as the Martin Beck Theatre. I was designed to be one of the most opulent theatres of its time, with seating for 1,200 and dressing room space for 200 actors. In 2003 it was renamed for Al Hirschfeld, and in 2004 it was purchased by Jujamcyn Theaters, which has owned and operated it ever since. Notable names that have appeared on the Al Hirschfeld Stage include Elizabeth Taylor, Christina Applegate, and Daniel Radcliffe.

Our relationship with the Theatre began with its massive 1996 renovation. The most noteworthy part of this project was extending the mezzanine in order to increase seating by three rows, bringing the capacity to 1,424 seats. This addition was built in a way that is virtually seamless and does not interfere with any of the theatre’s existing sightlines. Because of this, the theatre was able to increase its ticket revenue astronomically.  Other work by our team during this renovation includes conserving the original paint on the Hirschfeld’s iconic ceiling and redecorating the walls and ornament.

We have continued to work on the Hirschfeld ever since, and are frequently asked to make repairs and touch-ups between runs. Some of our more recent projects include lobby upgrades, and adapting private offices that existed in the building into new public spaces for events. 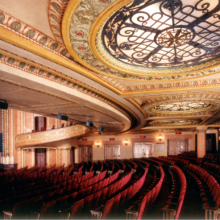 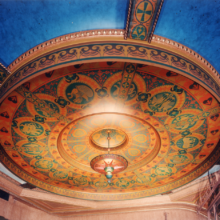 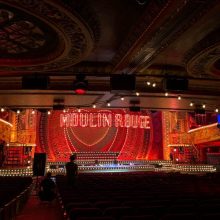 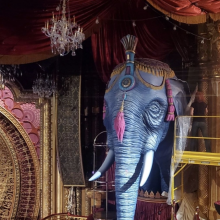 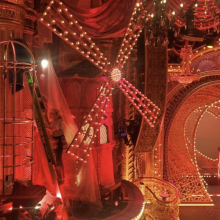 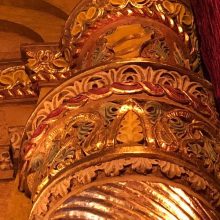 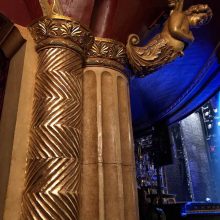 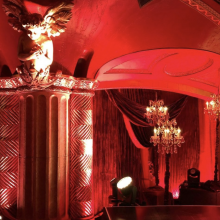 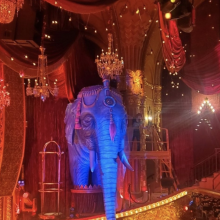