The Assembly Hall, located at 50 W. South Temple in Salt Lake City Utah, is one of several structures within the historic Temple Square. Temple Square is an ever growing district that includes buildings, sculptures, and other areas of religious and historical significance for the Church of Jesus Christ of Latter-Day Saints (LDS). The Assembly Hall was commissioned by Brigham Young and constructed between 1877 and 1882. Designed by Obediah (Obed) Taylor Jr. in the Italianate and Gothic styles, the building influenced the design of other LDS Church buildings in Utah. It was intended for use by both the Salt Lake City Stake and for General Church meetings when the larger Salt Lake Tabernacle was not needed. The interior of the building originally had ceiling murals, faux bois, and faux-marbled columns. The building was listed as a National Historic Landmark as part of Temple Square in 1964. It was also listed in 1966 on the National Register of Historic Places as part of the Temple Square Historic District.

Beginning in 1896 due to roof leaks, the LDS Church made changes to the Assembly Hall. All of the original finishes have since been painted over. The rostrum area saw significant expansion and the inclusion of a new organ in order to create a better space for musical performances. Significant changes were also made to the basement spaces, which made room for organist practice spaces and additional meeting rooms.

EverGreene Architectural Arts (EverGreene) was retained by the Church of Jesus Christ of Latter-Day Saints to investigate the historic painted finishes in the Assembly Hall. The purpose of the limited finishes investigation was to document historic painted decorative schemes for interior plaster and wood surfaces and selected exterior wood elements. The investigation was directed toward historic color schemes and painted decoration from when the building was dedicated in 1882 and when it was redecorated in 1897. 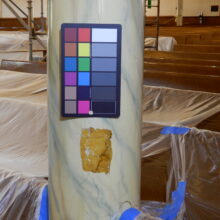 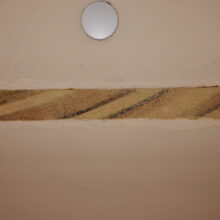 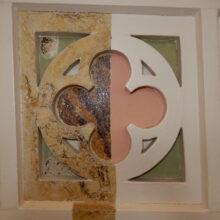 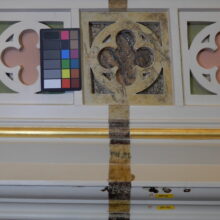 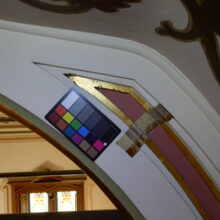 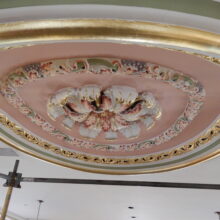 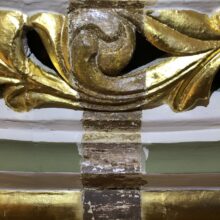 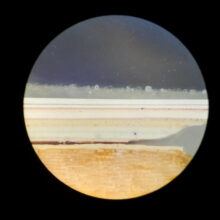 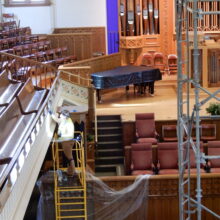 Client
The Church of Jesus Christ of Latter-Day Saints