Located on the grounds of the Schuylkill Fishing Company in Andalusia-Bensalem, Pennsylvania, is a piece of history from the Revolutionary War; an “Associator 32 Pound Cannon. ” This cannon is one (if not the only known) artifact that can be associated with the original Associator Grand Battery and was used by American defenders stationed at Fort Mifflin during the Revolutionary War. Inscribed on the cannon in Lenape is, “Kawanio che keeteru”, which reads, “This is my right, I will defend it. ”

The cannon was rigged and removed from its existing mounts and transported to us’s facility in District Heights, Maryland. The cannon was cleaned of old coatings and corrosion using alkaline paint strippers and waterjets. A proprietary corrosion converter was to convert iron corrosion products into a stable oxide layer. The cannon was then protected with a hot wax coating system. Following the completion of the conservation treatment, the cannon was returned to the grounds of the Schuylkill Fishing Company for display. 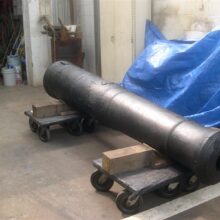 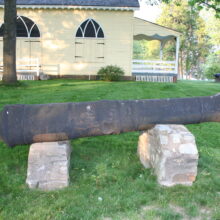 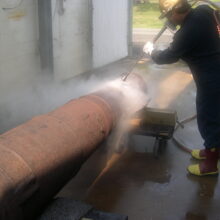 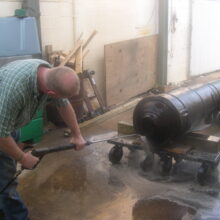 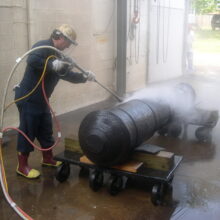