Constructed in 1929, this U.S. National Historic Landmark has endured as a cultural hub for nearly 100 years. Once deemed the world’s most expansive indoor space, Jim Whelan Boardwalk Hall has served as a venue for various events throughout its rich history. Boardwalk Hall of the Atlantic City Convention Center hosted the Miss America Pageants, U.S. military training in World War II, and the Democratic Convention of 1964. It continues to serve as a venue for versatile events to this day, including concerts and sporting events.

In 1998, restoration of Boardwalk Hall began, granting EverGreene Architectural Arts the unique opportunity to clean and restore the 100-foot-wide fire curtain that veils the stage. EverGreene artisans completed extensive decorative painting processes to restore the curtain to its original condition. One notable technique is the use of a silver metallic paint to give the image on the curtain movement. The mural is elaborate and colorful and depicts a ship in a typical 1920s style. The comprehensive restoration of this massive center, lasting three years and costing $90 million, won the 2003 National Preservation Award. 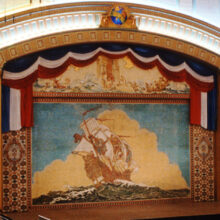 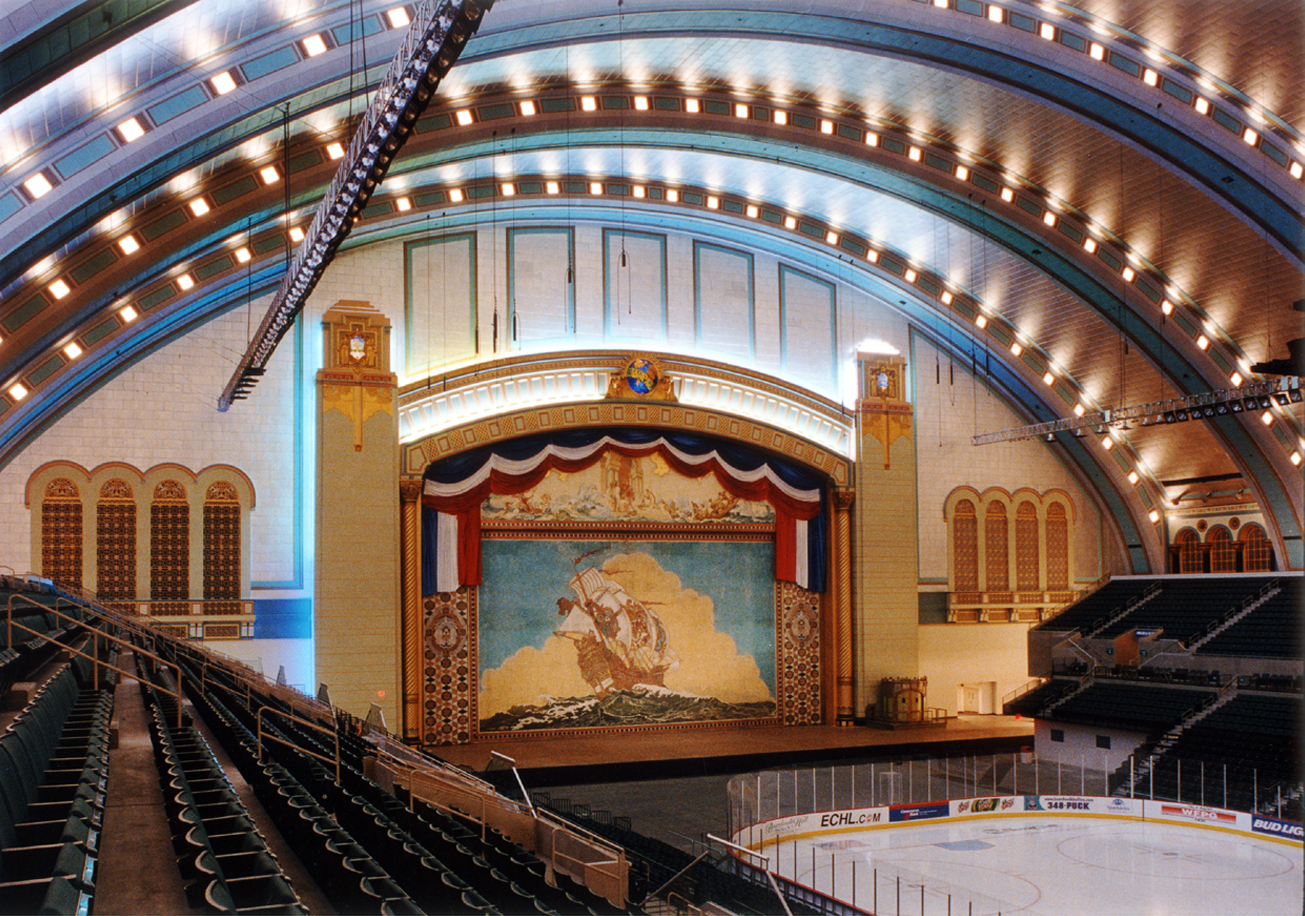 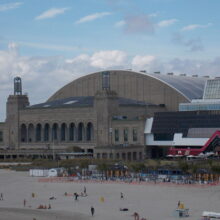