The Candoro Marble Company, founded in 1914, traces its roots to the quarrier and dealer J. J. Craig, who began producing fine Tennessee marbles for architectural use in 1847. East Tennessee marble was specified for many nationally significant buildings, including Grand Central Station in New York, as well as the National Gallery of Art and the Smithsonian Museum of History and Technology in Washington, D.C. In 1923, the Candoro Marble Company built a showroom and garage at its cutting and polishing facility in Knoxville, Tennessee. The showroom, incorporating Beaux Arts and Italian Renaissance designs, is noted for its carved marble exterior in addition to interior walls of polished travertine. The vestibule features a cross-vaulted plaster ceiling decorated with painted geometrical, floral, and urn motifs. The showroom and garage buildings were listed on the National Register of Historic Places in 2005.

In 2020, EverGreene was engaged by Hickory Construction to restore the plaster ceiling of the showroom vestibule, which had sustained significant water damage over the years. Restoration included general cleaning of painted surfaces, plaster repair, and re-painting of damaged areas. Replication of the north lunette painting, which had been obliterated by plaster loss, was achieved by tracing existing elements and re-creating the design as depicted in a historic photograph of the lunette. 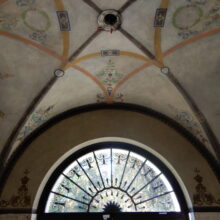 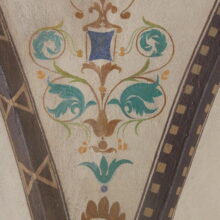 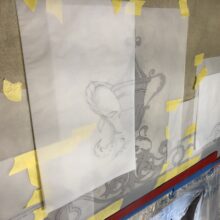 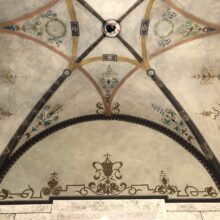 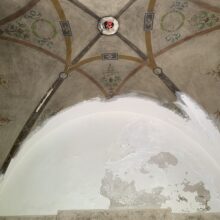 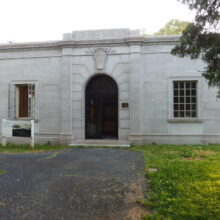 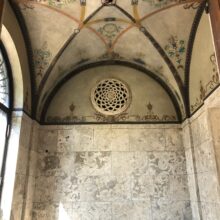