The Fox Theatre in Centralia, WA opened in 1930. The space was originally designed as a single-screen movie theater, with a total of 1,200 seats on three levels. The theater was closed in 1998. Restoration efforts began in 2004, and have continued since it was sold back to the city in 2007.

Our team’s work began with a paint study conducted in 2017. We executed decorative painting based on those results in April of 2020. This encompassed almost every surface in the auditorium, including the ceiling, projection booth, and proscenium. We also completed the decorative paintwork in the lobby. Examples are the starburst on the lobby ceiling and the painted pictorial waves. Techniques employed to achieve the desired results included layout, polychroming, Sponging, Glazing, gilding, and stenciling.

Our craftspeople completed limited plasterwork consisting of replicating two corbel brackets, and miscellaneous plaster repairs and consolidation throughout the theater, predominantly at the proscenium.

An interesting element of our work at Fox Centralia focuses on the eight hung tapestries in the auditorium. Our scope of work the full design, in house printing and painting on the client’s chosen fabric, and even sewing the pockets used to mount the tapestries. 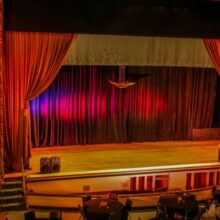 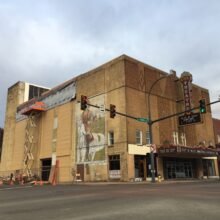 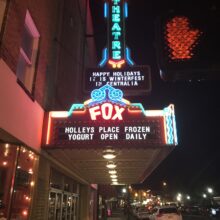 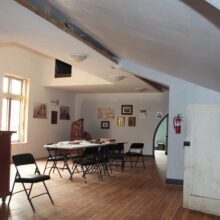 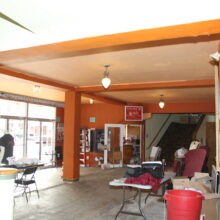 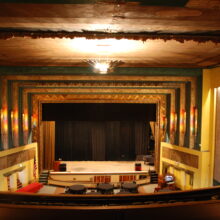 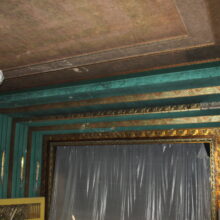 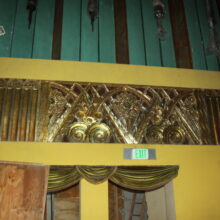 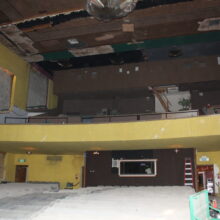 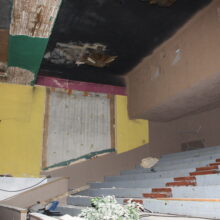 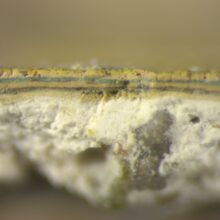 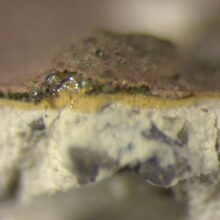 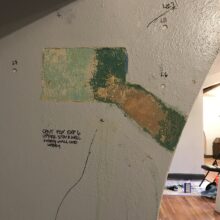 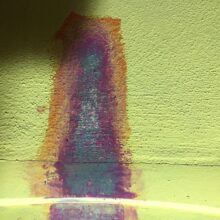 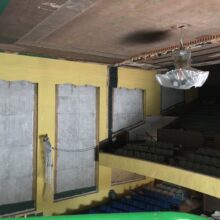 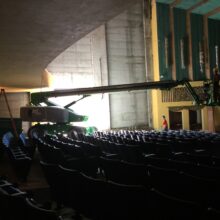 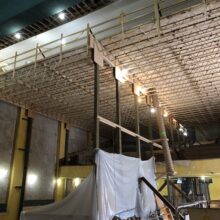