The Low Memorial Library is located on Columbia University’s campus in New York City. The library was designed by McKim, Mead and White architects and built in 1897 as the university’s central library. It has housed the central administrative offices of the university since 1934, and is the most prominent building on campus. Low Library was officially named a New York City landmark in 1967, and a National Historic Landmark in 1987.

In 2019, EverGreene began working on the restoration of Columbia’s Low Library Main Entrance Foyer and South Ambulatory. Our first steps were to conduct a finishes investigation, including exploratory paint exposures to reveal past color campaigns. Based on this information, our team developed a color palette recommendation and mockups for the client. The Limestone pilasters, marble base, and gilded and plated capitals were extremely soiled from years of neglect and multiple water leaks. Our team worked diligently to restore these key elements while preserving their historic integrity. The ceiling, walls, and ornate molding details were repaired and repainted to match our conservation team’s findings. The original color campaign was restored and the walls and moldings re-glazed.

The challenge of this project was not disrupting day-to-day operations at the University. Beyond reducing the space they occupied and the noise they created, our team also minimized the smell from cleaners and finishes used. Because of our careful approach, we were able to complete the work to refresh this prestigious, bustling building during normal working hours. The history of Low Memorial Library is incredibly important, but we also aimed to respect and support the current functions of this great structure while we were present there. 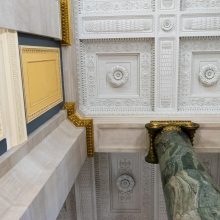 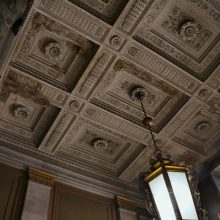 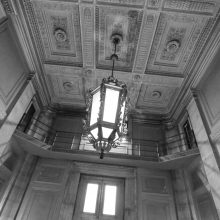 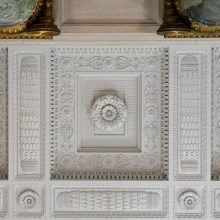 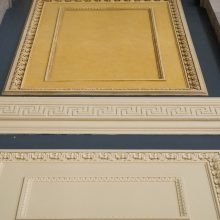 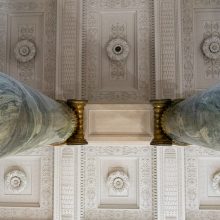 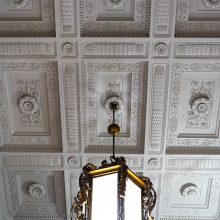 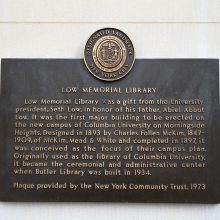 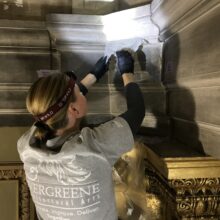 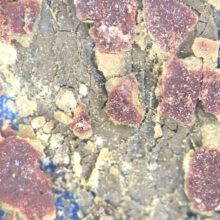 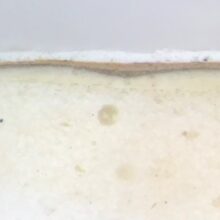 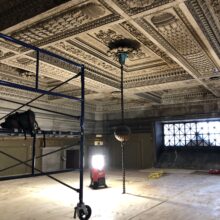 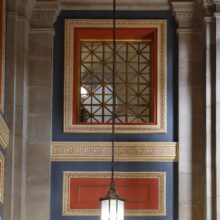 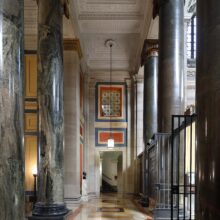 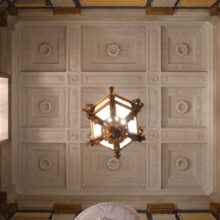 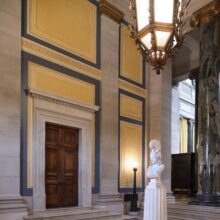 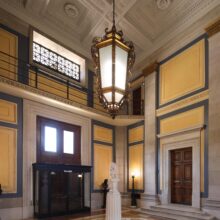 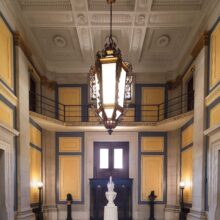 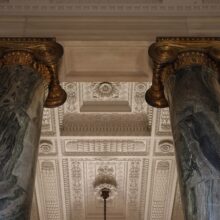