The Columbus Palace Theatre opened in 1926 and was designed by famed theater architect Thomas Lamb, who sought inspiration for this project from the Palace of Versailles in France. Due to the need for performers to be heard without amplification, exceptional care was paid to acoustics during the design and construction of the Palace.

In 1989, both the Palace Theatre and the Ohio Theatre (also designed by Lamb) were consolidated under the administration of the Columbus Association for the Performing Arts (CAPA).

As part of the first major renovation for the Palace since 1984, a wall-to-wall scaffolding structure was erected in the 2,837-seat auditorium, enabling our artisans to access the 60-foot plaster ceilings for cleaning, repair, and repainting. EverGreene restored the intricate plasterwork in a color scheme that blended historical references with colors selected for the visual impact on the decorative plasterwork. The walls of the large arches in the auditorium were originally covered with decorative fabric, which had deteriorated and been removed a long time ago. Referencing a preserved piece of the original fabric, we replicated new damask wall coverings that matched the original patterns.

The Palace re-opened to the public in November 2018. 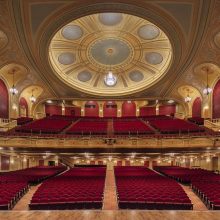 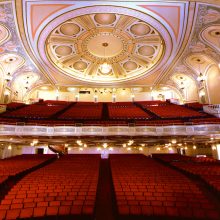 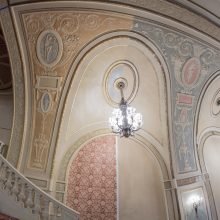 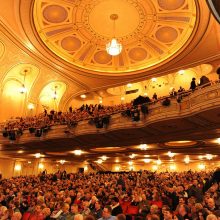 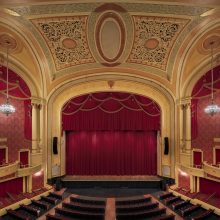 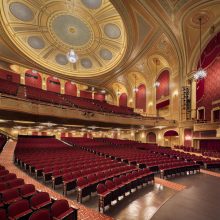 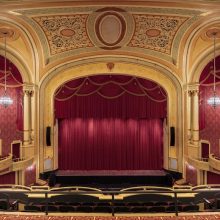 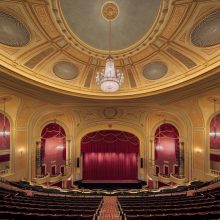 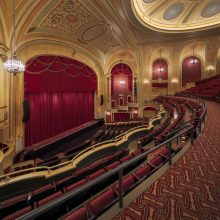 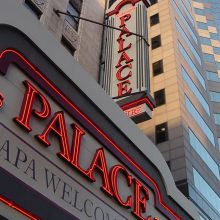