The Douglas County Courthouse (also known as the Hall of Justice) was built in 1912 and designed in the French Renaissance Revival style by local Omaha architect John Latenser. The Courthouse was added to the National Registry of Historic Places in 1979.

The eight murals in the central rotunda originally painted by William Rau showcase the history of Omaha. They were damaged by a fire on two separate occasions “turning the murals mostly to soot.” The murals were repainted numerous times over the years and had been badly overpainted  and deteriorated by water damage when EverGreene performed a conservation study in 2015. It was decided to stabilize what remained of the original murals and then produce replicas on canvas overlays, to protect the damaged originals underneath.

After extensive research, EverGreene produced color studies and maquettes for approval. The murals were then replicated in our Brooklyn studio, while plaster repairs, surface preparation, and decorative painting proceeded on site. Once the entire rotunda was restored, the new murals were installed. The effort resulted in restoring three of the murals in-situ and the complete recreation of five murals in the artist’s original style. 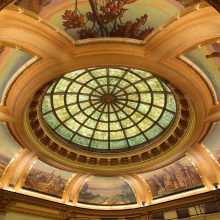 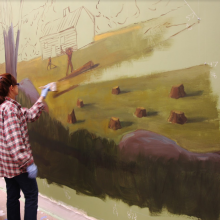 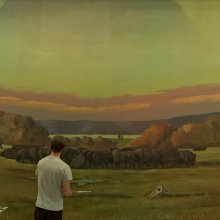 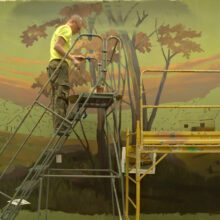 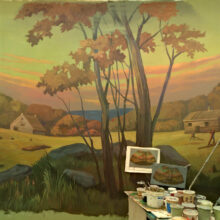