11 Penn Plaza, the historic former Equitable Life Assurance Building, is renowned for its vaulted lobby and ornate ceiling and is home to the New York headquarters of Macy’s and AMC Networks. Eleven Penn Plaza is a 23-story, 1.1-million-square-foot office building dating to 1923. It occupies the eastern blockfront of 7th Avenue between 31st and 32nd Streets, across the street from Madison Square Garden.

The lobby and facade of the building were last renovated in 1982, so not only was the decorative paint of the ceiling in need of refreshing, but the lobby also needed some modern safety updates. Our team executed flat plaster cut and patching at 10 different locations in the ceiling for sprinkler installation. The restoration of the decorative paint on the ceiling included repainting all the colors except for the gilded moldings and the ornament in a new color scheme. Deciding exactly which variation of colors this would include required a number of mock-ups and extensive communication with the client. The end result was a beautifully refreshed space that now meets modern safety standards. 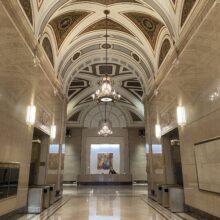 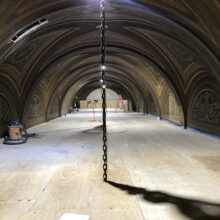 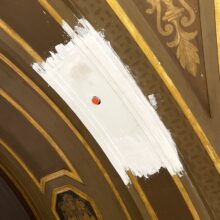 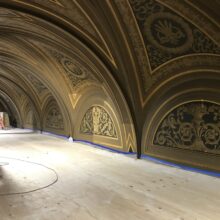 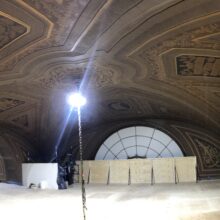 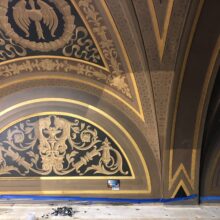 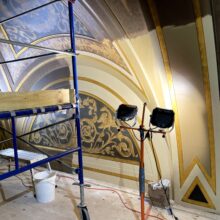 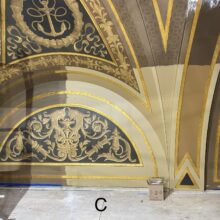 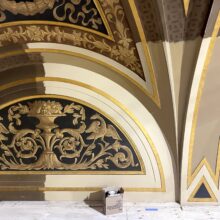 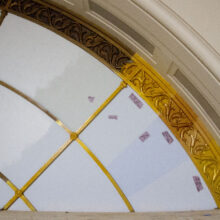 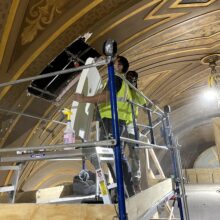 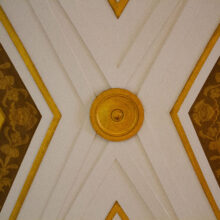 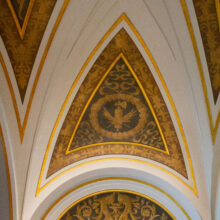 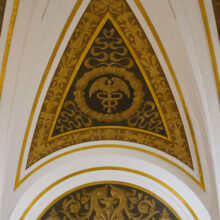 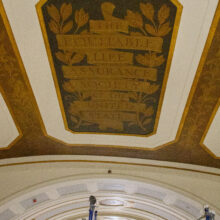 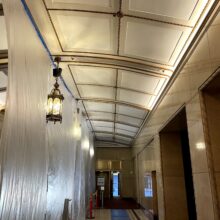 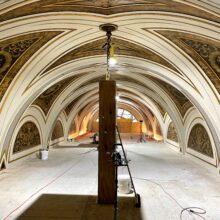 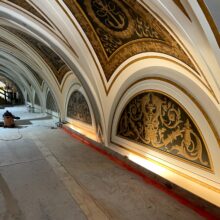 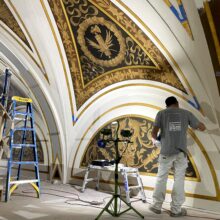 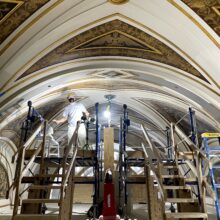 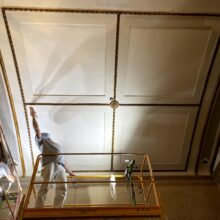 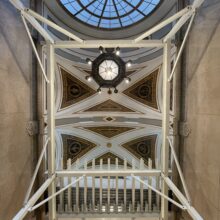 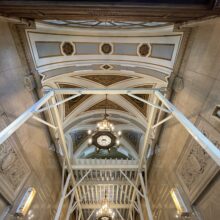 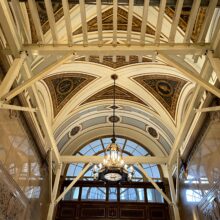 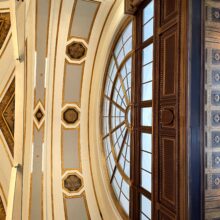 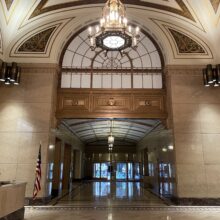 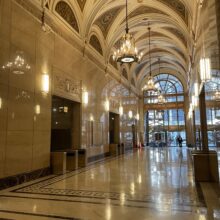