In the summer of 2018, the Fillmore Theater contracted EverGreene Architectural Arts to restore the plaster ceiling and upper side walls of the auditorium, which was in need of repairs, cleaning, refinishing, and painting. This theater was designed by architect C. Howard Crane and originally completed in 1925 as the State Theater. Contained areas had never been touched since the original construction.

The work included conservation of existing murals, installation of expansive, new canvas murals, and restoration of scagliola and  decorative painting over plaster throughout the upper auditorium. A preliminary design for the restoration was developed at EverGreene’s New York City studio. Mock-ups were prepared on site. The work was constrained to the five month summer off-season of the theater. A team of over 20 painting craftsmen implemented the design, and completed the expansive project to the highest level of quality within the limited time frame.

The auditorium now shines with the opulence of the original beaux-arts Italian-revival campaign and is truly a spectacular jewel in the revitalized downtown of Detroit. 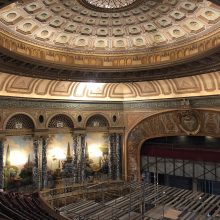 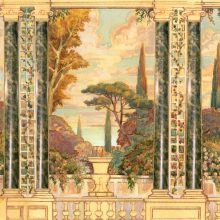 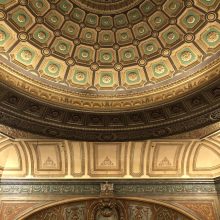 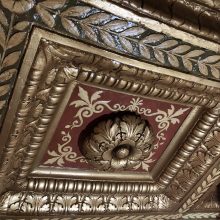 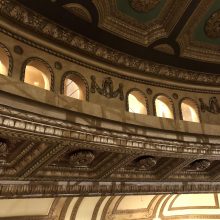 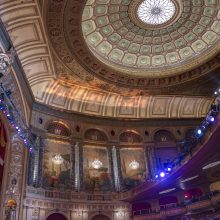 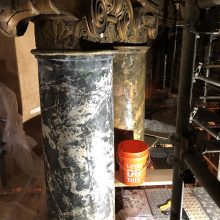