We stabilized and repaired two plaster of Paris relief sculptures from the University of Virginia. The reliefs are the work of Leo Friedlander, sculptor of the gilded bronzes “Valor” and “Sacrifice” on the Arlington Memorial Bridge over the Potomac River in Washington, DC. These reliefs, constructed of plaster and burlap in a technic known as “staff”, date to the 1950’s and had survived in exterior niches of the University of Virginia’s Fralin Art Museum for half a century before being removed. Despite their retaining much of the original details, they both had sustained significant deterioration and loss from exposure.

In preparation for being reinstalled inside in a new building, the two reliefs were brought to our studios for treatment. Both reliefs had large fractures and areas of material loss that compromised the stability of their support structures, and impaired their appearance. Graffiti, soiling, and paint failure further affected the two works.

After gently cleaning the reliefs of soiling, conservators stabilized the loose plaster pieces and reinforced the support system with the use of conservation adhesives and additional reinforcing burlap in plaster. Missing elements and areas of material loss were then filled and resculpted with a calcium carbonate paste or additional plaster of Paris. Areas of paint failure were in-painted with acrylics paints matched to the remaining paint. A new mounting system was designed and fabricated from galvanized steel. The mounting system was affixed to the original support structure and the reliefs were successfully mounted in a new interior site. 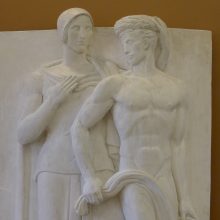 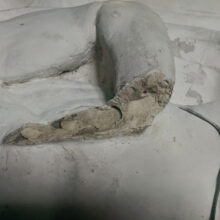 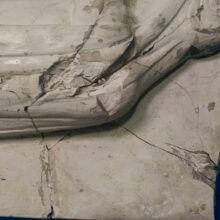 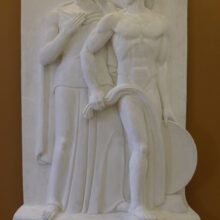 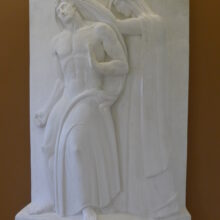 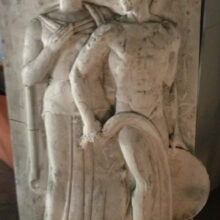 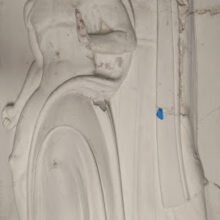