Opening in 1939, and named after the former superintendent of the Chaffey Union High School District, the Spring Auditorium was a remarkable facility—both acoustically and aesthetically.

In 2017, EverGreene craftsmen were engaged by the design team to conduct a finishes investigation and conservation testing of the iconic 80-year old auditorium. It was determined that the acoustic plaster substrate contained asbestos and required abatement along with the complete replacement of the ceiling and mural. The project mandate was changed from conservation to replication. EverGreene carefully measured and documented the entire ceiling by digital photography. Pounce patterns were created in our Brooklyn-based Design Studio and a rectified grid system was used to layout and recreate the mural on the new acoustic plaster surface. Additionally, all of the original decorative painting was reinstated throughout the auditorium and public spaces

The iconic auditorium was rededicated at a ceremony in July 2019, serving as a wonderful asset for the district’s community. 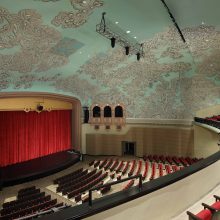 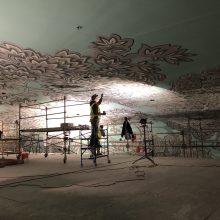 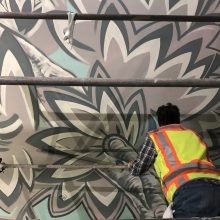 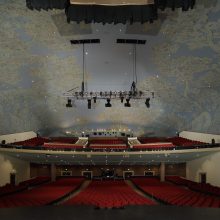 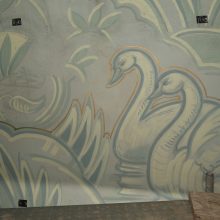 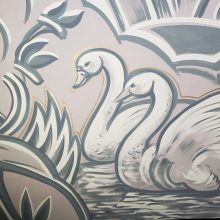 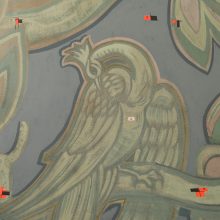 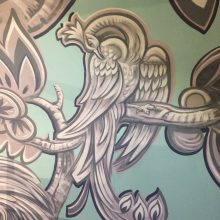 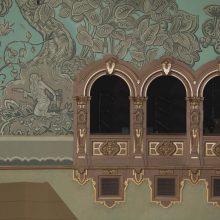 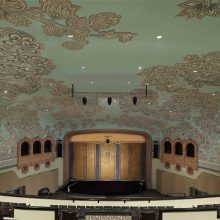 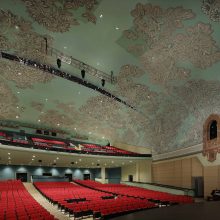 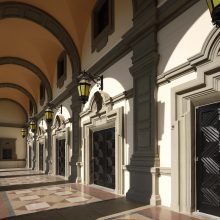 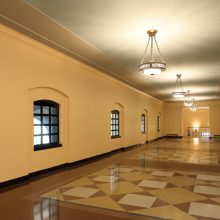 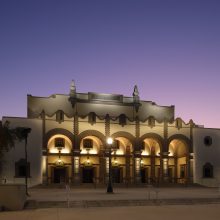 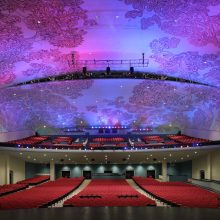