A new chapter has been written in the Holland Theatre’s history. The theatre stage was dark for part of 2018 and 2019 so  the 127 East Columbus Avenue facility could be transformed to its 1931 glory through a $1.6 million, two-phase restoration and renovation process that was made possible through generous community contributors, a regional grant and the Ohio Historic Preservation Tax Credit program.

The many personal touches put in place also reflect the special and unique nature of the theater — the only known Dutch atmospheric theater in the country. The 17th-century Dutch cityscape featured along the auditorium walls and background murals also have been brought back to life during the project with the help of decorative finish contractors from EverGreene Architectural Arts, who were on-site for about three months.

First, our conservators performed in-depth in-situ paint sampling and analysis of the existing finishes in the theater to determine the original colors and finishes, which helped inform the rest of the restoration.

EverGreene restored both the auditorium and outer lobby. In the lobby, EverGreene’s work consisted of repairing all plaster at the ceiling and beams, plaster repairs on the wall, base painting with appropriate colors, graining the beams, polychroming the medallions and using metallic paint and glazing on the poster boxes.

In the auditorium upper balcony and rear balcony, EverGreene applied faux stone ashlar, mimicking the stone-colored walls. For the rest of the auditorium, EverGreene conserved the wall murals and created a new landscape mural on canvas for “Building 9”. EverGreene also cleaned, repainted, and glazed the windmills, repaired and repainted the plaster lions (which existed on two of the “Buildings”).

For the Proscenium, our team cleaned, repaired, painted the new faux limestone with mortar lining and conserved the shields.

We cleaned and conserved the existing wood and stenciling, at several areas in both the auditorium and lobby, specifically the Balcony Fascia, ticketing window, and showcase.

When you enter the Holland Theatre now, you are once again transported to a 17th-century Dutch village. The awe of such an unusual theater cityscape captivates its audiences just as it did when it first opened its doors in 1931. 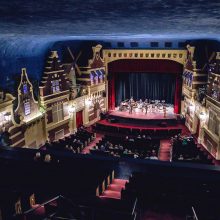 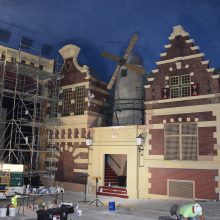 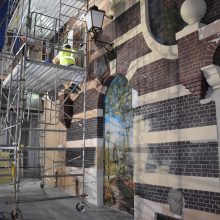 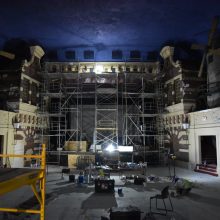 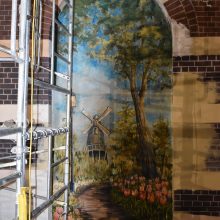 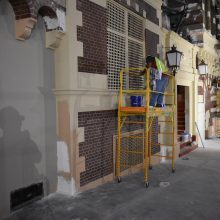 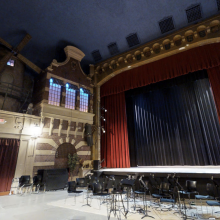 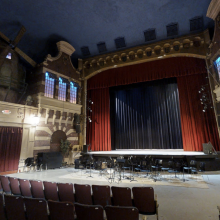 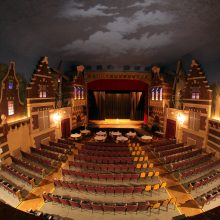 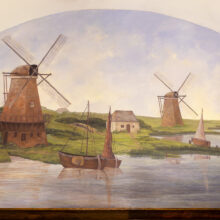 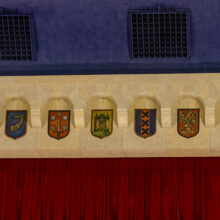 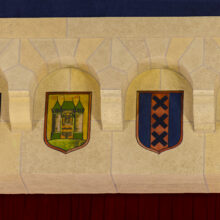 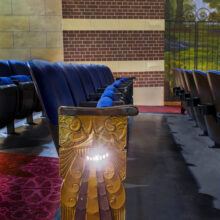 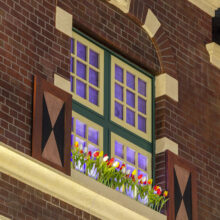 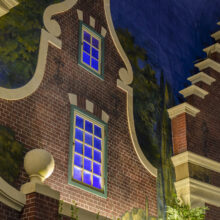 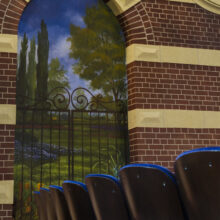 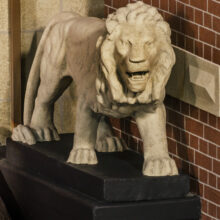 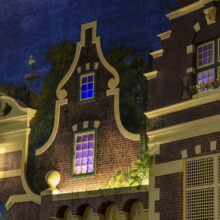 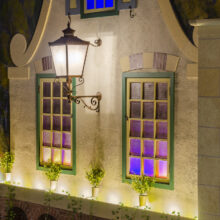 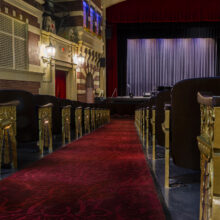 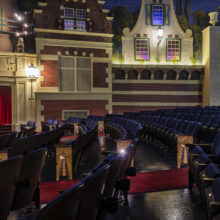 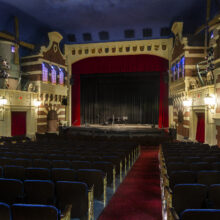 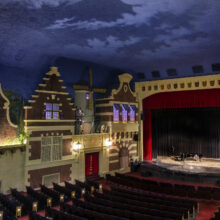 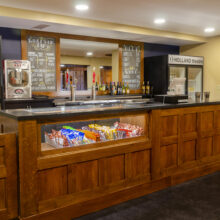 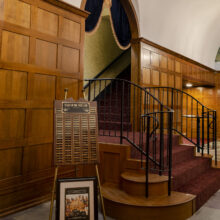 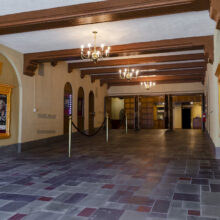