Built in 1927, John Jay Dining Hall’s expansive mahogany interior has stood as Columbia University’s full-service dining hall. Around the turn of the century, the dining hall was clearly in poor condition and long overdue for renovation.

Columbia University hired EverGreene to replicate existing plaster ornament of the hall’s ceiling. Previously, the ceiling had suffered from flooding which damaged a significant amount of the ornament in the center, creating a large flat plaster field. Our craftspeople took molds of the existing cross medallions & Greek key frieze for replication in our studio. The crew then reinstalled the new plaster elements on site and reinforced flat areas between each medallion with acoustic material. 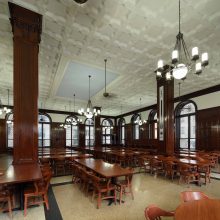 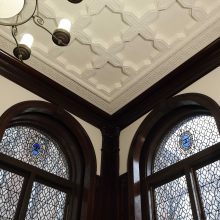 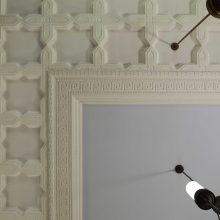 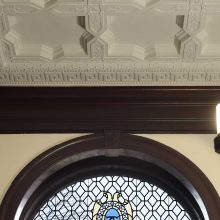 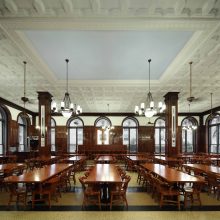 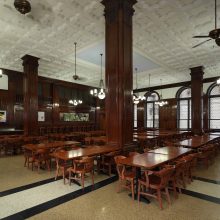 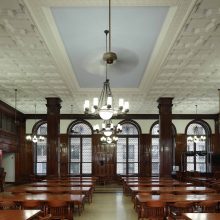