Designed by Henri-Leon Greber, four lead urns are mounted on limestone bases around the oval entrance drive of this Beaux-Arts mansion, designed by the famous society architect Horace Trumbauer. Depicting frolicking putti, floral swags, and goat head handles in an 18th Century French manner; the urns ideally offset the restrained classicism of the limestone building. Greber and his son, Jacques, the landscape architect, collaborated with Trumbauer on great estates in Philadelphia and New York, as well as this residence.

Each urn suffered from the deterioration and expansion of its internal iron armatures causing the opening of joints and the formation of cracks and breaks in the surfaces. In addition, the lead sagged and deformed under its own weight after nearly 100 years outdoors.

In 2006, we were contracted to conserve the urns. Each was lifted from its base and brought to our studio for treatment. After carefully de-soldering the lids, the internal corroded ironwork was removed and new stainless steel support structures were engineered and fabricated. Custom formed ribs, plates and braces were fitted to support the lead and installed within each urn. Losses and cracks in the lead were repaired by soldering with a similar matching alloy. Each was reassembled, restored, cleaned, and remounted in its original location. 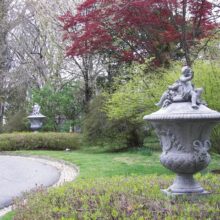 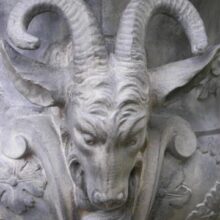 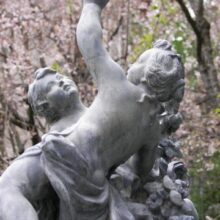 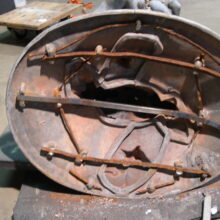