Quarters Six of the Marine Barracks located in Washington, DC is the US Marine Corp’s oldest active post. The location, mid-way between the Capitol and the Navy Yard, was selected by President Thomas Jefferson and Commandant William Burrows in 1801 to serve as the home of the fledgling Marine Corps. The commandant’s house is the jewel of the site, which overlooks the parade grounds. Completed in 1806 to a design by George Hatfield, this National Historic Landmark is considered the oldest, continuously occupied public building in Washington, DC.

This load-bearing brick building began as a modest home, but grew through significant additions over the next century to become the grand and elegant Federal-Second Empire residence it is today. It was painted at some point during this time and so remains to this day. Also known as Quarters Six, the house has been the subject of several studies in recent years to investigate and document its long history, as well as to assess current conditions to guide a major restoration of the site.

In 2009, we were contracted to perform sampling, and both laboratory and in-situ testing of historic materials from Quarters Six. Paint samples were examined to identify historic finishes and patterns of re-painting. Mortar was studied and analyzed to identify historic mixes and building campaigns. An in-situ paint removal test was performed using a low-toxicity water-based stripper to demonstrate possible treatment options and observe the condition of the underlying brick. Finally, RILEM absorption tests were performed following paint removal to assess the relative absorptive properties of the historic brick. Findings and recommendations were synthesized in a report to inform responsible restoration efforts. 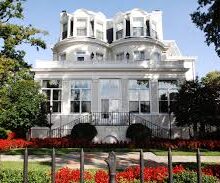 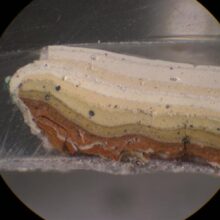 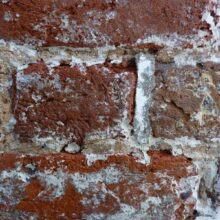 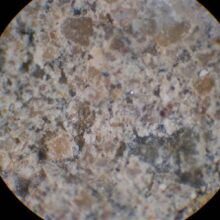 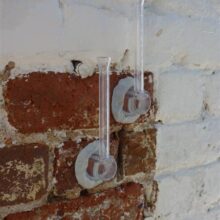