Nashville, TN
The Nashville Public Library first opened to the public in 1904 as a Carnegie Library. Over the following decades, multiple branches opened throughout the city. Nearly a century later, a newly constructed Main Library opened on Church Street in 2001, designed by Robert A.M. Stern Architects.
EverGreene completed colorful mural work in the library. In the main reading room, our design team created and painted the ceiling mural as a deep, blue sky seen through a canopy of tulip poplar trees –  the state tree of Tennessee. The leaves were also outlined with gold leaf. We also painted colonnade walls. To create an illusion of endless space, our artists painted large, blue atmospheric panels. All of the murals were painted in our Mural Studio and then installed on site. 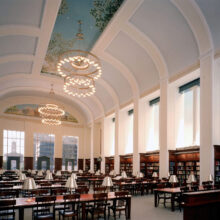 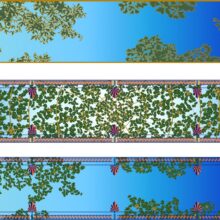 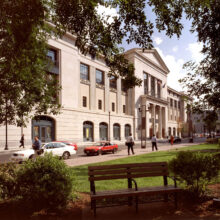 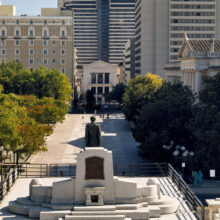 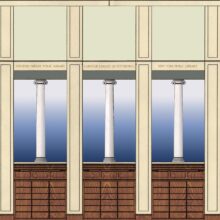 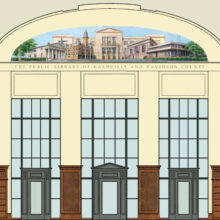