Bertram Goodhue combined Art Deco, Neo-Byzantine, and Gothic Revival styles to design the Nebraska State Capitol. He added in the first functional tower of any state capitol after deciding that the level country’s capitol was in need of some altitude. The building was completed after ten years of construction in 1932 and now houses the only unicameral state legislature in the United States. It was designated a National Historic Landmark in 1976.

EverGreene completed a study of historic painted finishes at the Nebraska State Capitol. This included creating sixty paint exposure windows and developing a report with color matching of the original paint layers. We performed cleaning and removal tests on the coating in the Governor’s Hearing Room, as well as a binder analysis on the coating with in-fill repairs. We conducted a paint study at the Law Library using three large exposure windows, and we produced a written report with a rendering of the stencil layout. Additionally, we identified the fabric of the fabric wall covering at the Court of Appeals after finishing cleaning tests on it. 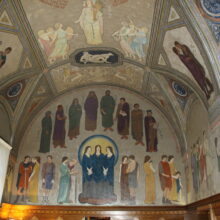 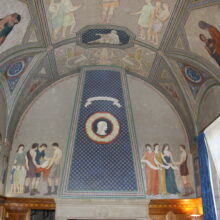 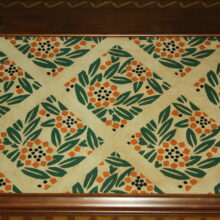 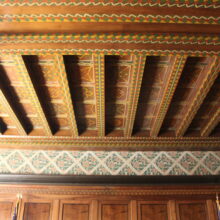 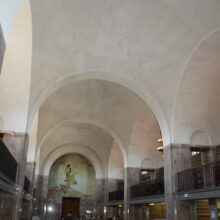 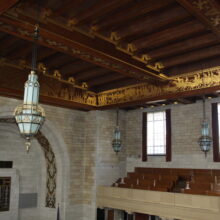