In 2017,  EverGreene conservator performed a preliminary finishes investigation, during which three different stencil patterns, a Christogram, and historic faux bois finishes were uncovered. Subsequently, EverGreene’s painting studio restored the faux bios finish on chancel’s wainscot. In February 2020, requested by the Committee to Save the Bird Homestead, EverGreene conservators returned and exposed more historic decorative finishes in the chancel space, focusing on the area above the stained glass window, transitions from wall to ceiling, and some further investigation of the ceiling itself, to understand how the various stencils joined together cohesively in the space. 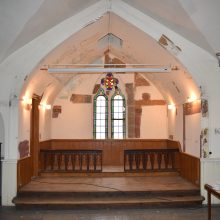 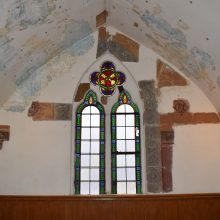 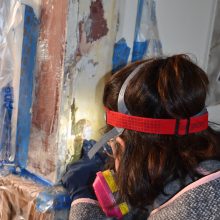 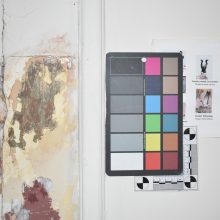 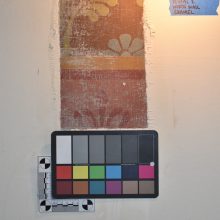 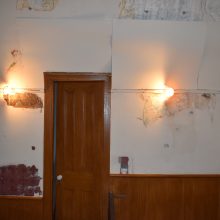 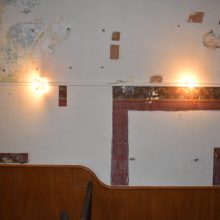