St. Peter’s Church suffered a massive fire on January 17, 1997. EverGreene recreated the swirling trompe l’oeil Gothic tracery across the vaulted ceiling and over the side aisles based on only 2-1/2 bays of alternating pattern, buried under thick soot. EverGreene’s team began by tracing patterns on vellum for documentation, and then pored over hundreds of historical
photos for further evidence. 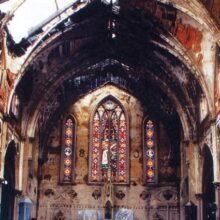 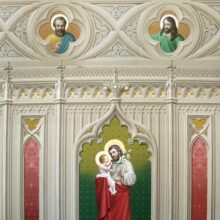 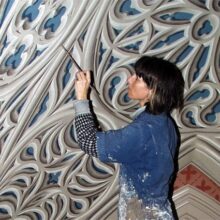 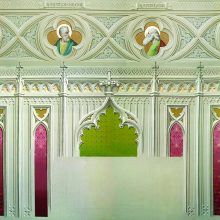 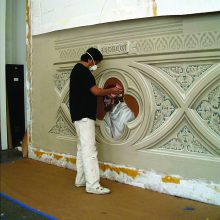 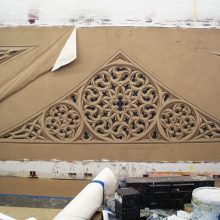