Temple Emanu-El in Manhattan was designed by architect, Leopold Eidlitz, and adorned by the spearheader of Art Deco Design, Hildreth Meière in the 1920s. The congregation was originally formed in the 1840s on the Lower East Side, with a congregation of 33 people united in a loft of an apartment building. Twenty-three years later, the congregants saved up enough money to build an eight-story high building, adorned with mosaics highlighting geometric motifs with Judaic symbols. In 1929, at the time that it was built, Temple Emanu-El was the largest synagogue in the world. It defined the beginnings of Reformed Judaism, being the first to conduct services in German and English rather than Hebrew. Back then, and today, this building stands as a prominent landmark on Fifth Avenue.

EverGreene was selected as the prime finishes contractor for the two-year phased restoration of the historic interior finishes at Temple Emanu-El. The architecture combines Byzantine and early Romanesque styles with Moorish-style decoration. EverGreene’s scope of work included restoration of decorative painting, plaster, stone, mosaics, stained glass, and ornamental metal in the sanctuary, chapel, and lobby. 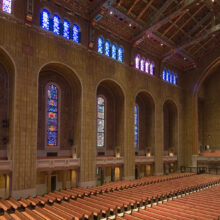 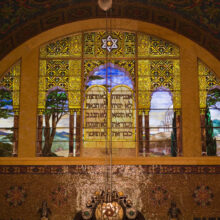 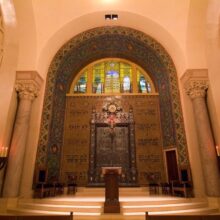 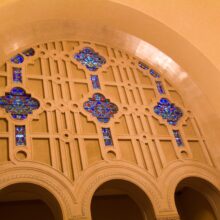 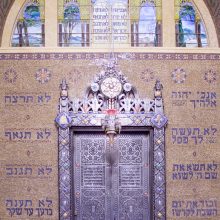 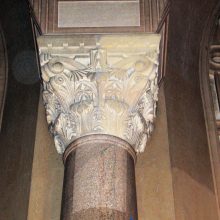