The Thurgood Marshall United States Courthouse, a 37-story tower is located in Lower Manhattan, houses the US Court of Appeals for the Second Circuit and the US District Court for the Southern District of New York. Notable trials include those of Ethel & Julius Rosenberg, Ivan Boesky and Martha Stewart.

Thurgood Marshall was an American lawyer and civil rights activist who served as Associate Justice of the Supreme Court of the United States from October 1967 until October 1991. Marshall was the Court’s first African-American justice. Prior to his judicial service, he successfully argued several cases before the Supreme Court, including Brown v. Board of Education.

From 2006 to 2013, the courthouse underwent extensive renovations. As part of the design and construction team, EverGreene restored ornamental and flat plaster and decorative paint on coffered ceiling in the main lobby. In one courtroom, EverGreene restored and conserved much of the original decoration as possible. In the areas where the damage was too extensive, EverGreene designers created a historically accurate design based on historic photos, printed it on canvas, decorated it with 23k gold leaf, and installed the canvas onsite. The digitally replicated beams seamlessly integrated with the rest of the ceiling.

Throughout the building, EverGreene repaired gypsum plaster; removed and replaced loose, damaged and cracked ornamental and flat plaster; cut, patched and skimmed areas of plaster impacted by the insertion of new mechanical systems; and applied traditional 3-coat Portland cement plaster. The project, at a total cost of $314M, was one of the largest ever undertaken by the US GSA in the Northeast Region. 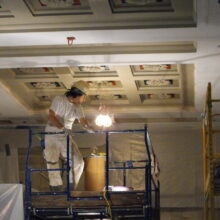 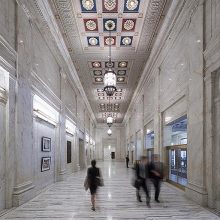 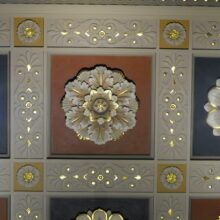 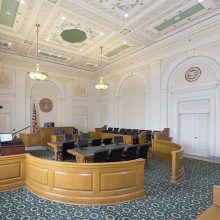 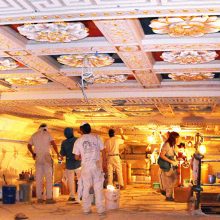 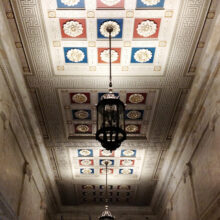 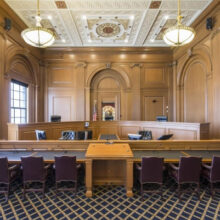 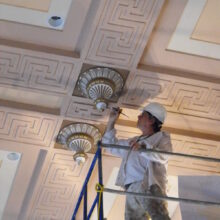 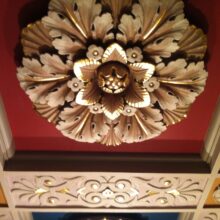