A three-story building know as Horseshoe Trail South is one of the last remaining structures belonging to the industrial village at Valley Forge, PA. The oldest section of  is believed to have been built between 1783 and 1796, with two later additions which date before 1841. The building was absorbed by the National Park Service (NPS) (circa 1916-18) and was inhabited by park staff until 2007.

Conservators at EverGreene performed finishes analysis by collecting sixteen (16) samples at Horseshoe Trail South from multiple interior locations on the first and second floors were analyzed. At the request of the NPS, the samples taken were from wood substrates and not other locations. Sample areas were chosen based on areas that appeared to have the most complete seriation of paint layers.

The samples were analyzed under 20X and 60X magnification and paint sample chromochronologies were created for each sample. Color matching focused on identifying common layers between samples, rather than establishing the earliest layers in all samples. The client was provided with a report detailing the analysis and including photomigrograhs of each sample. 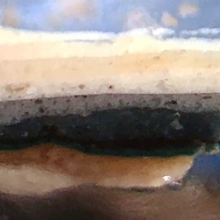 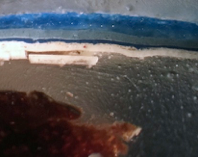 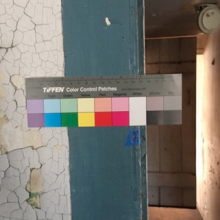