The Diana Chapman Walsh Alumnae Hall is the largest auditorium in Wellesley College and the home of it’s Theater Studies Department. EverGreene participated in the $18 million makeover, its first-ever renovation since being built in 1923.

As part of a major restoration project of this 1,300 seat theater, EverGreene recreated the badly damaged murals (painted on burlap) in our New York studio, and then installed them on-site. The facility is named in honor of the college’s 12th president, which  features a 1,000-seat auditorium within its 46,500 square-feet. 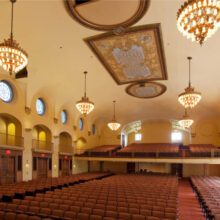 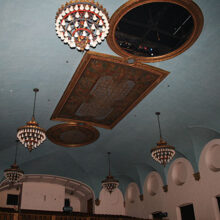 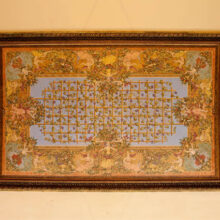 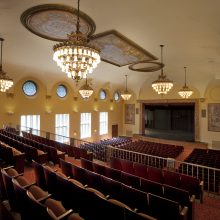