Restoration & Remediation Magazine’s annual award recognizes outstanding young restoration professionals 35 years and younger who are climbing the ladder of success and shaping the future of this industry. Nick was chosen from a group of nominated individuals that exhibit leadership, drive, innovation, and care for clients and colleagues, and has demonstrated passion for community service and the industry. We are delighted to share his story with you.

How It Started
Nick’s restoration work defines both his personal and professional life.  At a young age, he was exposed to family restoration projects in his childhood home in Jersey City, NJ, with techniques like three coat plaster and installation of tin ceilings. His first real experience with restoration came through his volunteering efforts for the gut rehabilitation of historic homes in New Orleans after Hurricane Katrina. This instilled a fundamental appreciation for protecting physical assets that are of great significance to their home owners, and for preserving the history that defines those assets.

Community Service
Nick transformed what began as a passion project in preserving his childhood home into a job salvaging affordable homes for other families. In 2012, he began his career at Habitat for Humanity, supporting New York City’s Build it Back program. His tenure started by salvaging homes for affordable housing in Bedford–Stuyvesant “BedStuy”, Brooklyn. Soon after, Nick took on a leadership role as a Foreman, rehabilitating homes affected by Hurricane Sandy. He was responsible for leading crews  consisting of AmeriCorps members and groups of volunteers rehabilitating homes in the worst hit neighborhoods of Staten Island and Brighton Beach.

Formal Education
Continued interest in advancing his career in preservation and challenges with historic materials and systems at his NYC rehabilitation projects, led Nick to apply and be accepted to Tulane University School of Architecture where he earned a Master of Science in Historic Preservation (MSHP). While in New Orleans, he challenged himself outside of the classroom by freelancing as a carpenter, working on historic shotgun houses in the Faubourg Marigny neighborhood. Nick was an intern at Andrew’s Blacksmith and Welding where he learned how to weld, salvage, and restore historic cast iron fence systems in Jackson Square and St. Charles Avenue in New Orleans. His ability to acquire and practice a diversity of skills enabled him to restore New Orleans’s built environment, which reinforced his passion for projects that command skilled artisans who can protect and maintain character-defining spaces.

Career Development
After earning his MSHP at Tulane, Nick moved back to New York City and joined 53 Restorations as a carpenter, where he engrossed himself around historic restoration carpentry projects. After two and half years, he joined EverGreene Architectural Arts as a Foreman, leading and supervising the restoration of wood, decorative plaster, ironwork, and stonework. Nick served as the Foreman to the recently completed James A. Farley Post Office and is currently the Historic Restoration Foreman for a landmark theater in Times Square.

Nick, thank you for all you do blaze new trails with innovative leadership, ideas, and technological advancements in the restoration industry! 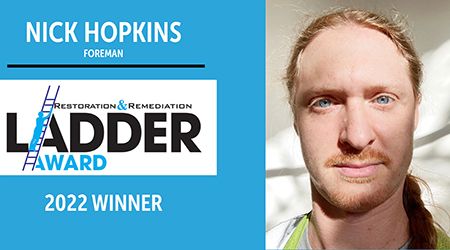 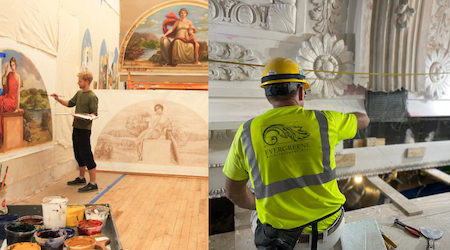 Careers At EverGreene
With projects across the United States, we are always looking to hire knowledgeable, inventive, and talented people into our organization.
Learn More 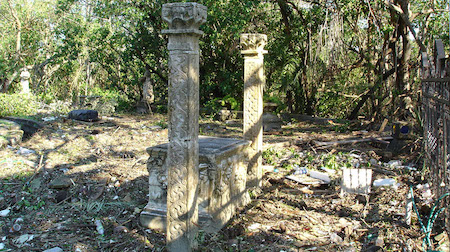 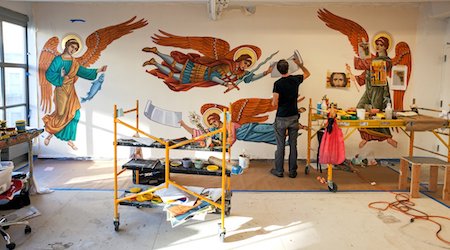 Touring The Plaster & Mural Studios
An interview with Jeff Greene, EverGreene's Founder, during a tour of the offices, plaster, and mural studios in Brooklyn, NY.
View Article