EverGreene conserved the “New Frontiers” mural series executed by Josep Maria Sert and Sir Frank Brangwyn in 1933‐1940. Over the decades, characteristic effects of aging and interventions had affected the murals’ appearance; yellowing of the post-historic varnish altered the relationship between the murals and their surroundings. Conservators removed damaged materials, applied isolating varnish, inpainted with reversible conservation paints and utilized a non-yellowing varnish as a finishing layer. Approximately 16,000 square feet of canvas murals were restored in this phased campaign.

In January 2010 representatives of the NYC Landmarks Preservation Commission reviewed the pilot project on the “American Progress” murals at 30 Rockefeller Center, and approved EverGreene’s treatment plan for failing plaster and treatment of associated damage to other affected areas of the mural. EverGreene art conservators and plaster craftsmen proceeded with repairs to the damaged locations over the coming weeks. Inpainting of loss at the area repaired in the pilot project was also addressed.

After its fifth phase of treatment, the conservation of the “New Frontiers” mural series was completed in late 2010. 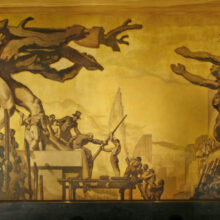 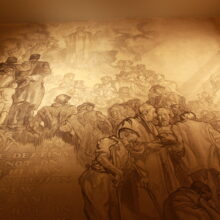 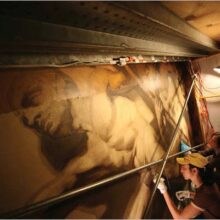 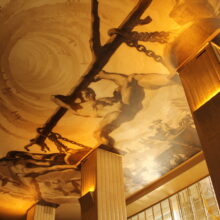 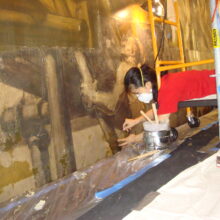 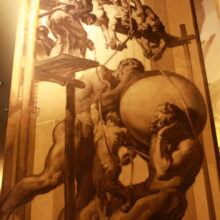 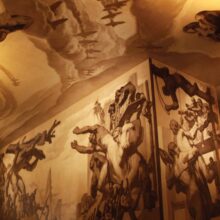 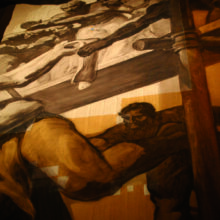