When the Beekman Street, the NY Financial District Hotel and Residence (then known as Temple Court) was completed in 1890, the ten-story building of terra cotta and brick qualified as a skyscraper. It suffered from a massive fire 1893, and was quickly repaired and returned to its intended use as office space. Because of a change in the fire code (in all likelihood), its original, stunning atrium was walled off in the 1940s in an accidental act of preservation. After the last commercial tenant moved out in 2001, the building was left vacant and fell into a state of disrepair until 2014 when restoration began to evolve the space into a luxury hotel and residences.

EverGreene was contracted to help bring Beekman back to its former glory, with a focus on the building’s spectacular atrium which features a pyramid shaped glass skylight, elaborate wrought-iron railings and intricate tiles on each of its nine floors. The EverGreene team replaced all of the decorative and flat plaster and refinished all the wood on the doors, railings and moldings. Next, we executed decorative painting throughout the atrium including all of the railings and stairwells. Finally, our craftsmen were able to restore the historic patterned floor tiles: carefully removing and cleaning them and recreating any that were broken before reinstalling each tile, ensuring the integrity and durability of each floor in the atrium.

EverGreene additionally fireproofed the cast iron ornament on the ceiling. After testing a variety of products we identified one outside of the original project plans that would not damage the century-old ornament.

After two years of extensive work, the Beekman Hotel officially opened in August 2016. 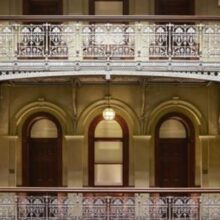 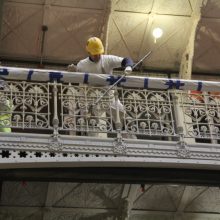 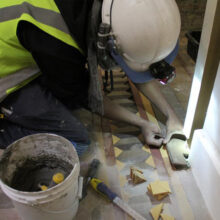 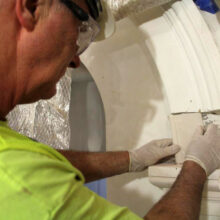 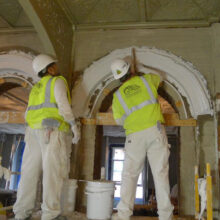 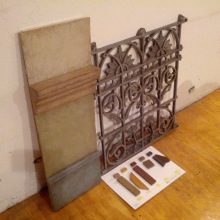 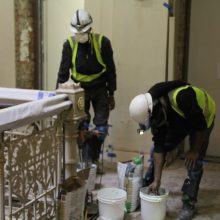 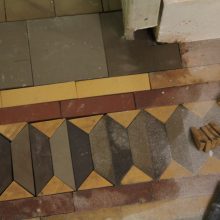 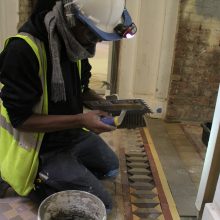 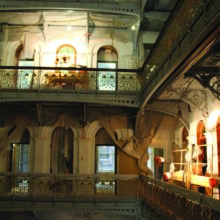