The campus at 55 Laguna Street in San Francisco, California was built in 1924 and expanded in 1930. The building was formerly part of the San Francisco State Teacher’s College and is listed on the National Register of Historic Places. Several WPA artists were commissioned to create murals for the college, including Hebe Daum and Jack Moxom.

In addition to Daum’s frescoes, the conservation of six out of nearly a dozen frescoes by Jack Moxom began with removing overpaint and a conditions survey. Damaged paint and plaster were then repaired by means of consolidation, infilling, priming, and inpainting of losses. As work progressed, the client decided to preserve an additional Spanish Colonial Revival-style decorative scheme on a barrel-vaulted ceiling in a corridor adjacent to the Moxom frescoes. Selected sections of graffiti lining the corridor were also conserved for display.

Throughout the project, we worked closely with Mercy Housing, a California based nonprofit housing developer, who was converting the college into San Francisco’s first affordable senior LGBT housing. EverGreene met the client’s budget and construction schedule to integrate the phased treatments and conserved artwork into the modernized building. 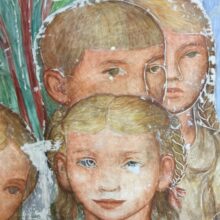 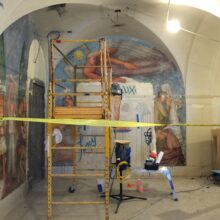 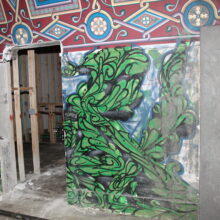 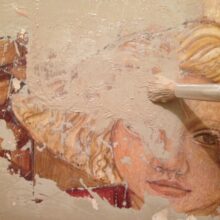 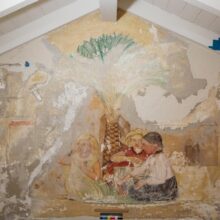 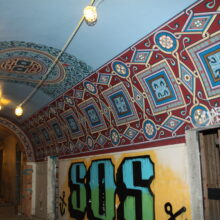 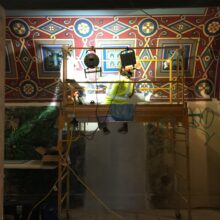 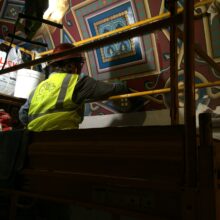 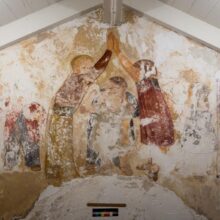 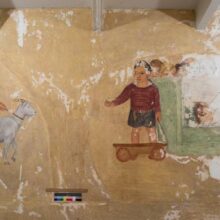 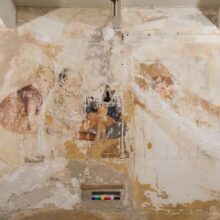 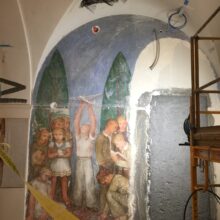