The artifacts recovered from the American side-wheel steamer, the SS Central America that foundered in a hurricane in September 1857 off the coast of North Carolina. Over 400 lives and 21-tons of California gold were lost, at that time, the wreck was the worst peacetime disaster at sea in American history, The Gold Rush era ship, referred to as the Ship of Gold, is best known historically due to the gold cargo it was carrying from California to New York, as a result, the wreck contributed to the American financial Panic of 1857, as New York banks were awaiting the gold cargo on the ship due to the declining international economy and over-expansion of the domestic economy, while the SS Central America is a historically well-known maritime disaster, it lacks the human tragedy story of the RMS Titanic or the name recognition of famed historical wartime ships like the HMS Victory Nonetheless, the ship of gold remains a legendary and archaeologically significant shipwreck whose story is enhanced by the frequently celebrated heroism of its captain, Commander c (1813-1857) who went down with the ship.

Our conservation team was was contracted by the Receivership for the SS Central America for the assessment of a selection of the objects from their collection, These objects date from the 1800s’ and were part of a marine salvage excavation in 2014, The objects, which range in size, material, and complexity, were each reviewed to determine their current conditions. In addition to providing condition information, after carefully lab studies and inspection CSI/EAA has completed a specified treatment recommendations, treatment priorities included desalination, cleaning and stabilization. 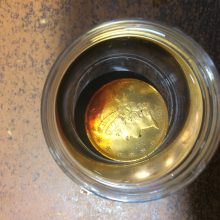 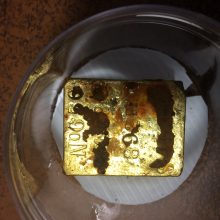 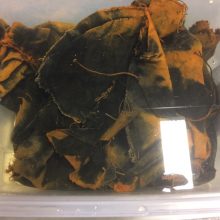 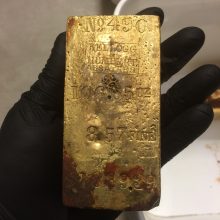 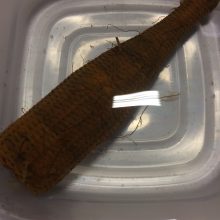