Marble Restoration (2009): EverGreene’s contract was for cleaning and regrouting of marble walls, columns, and floor in three‐story rotunda and balcony. Testing of cleaning methods, including poulticing and chemical cleaning, was performed under the direction of  EverGreene. Walls and floor consisted of Alabama white marble and columns of Colorado Yule white marble. Regrouting was performed to match the historic joint profile,  color, and texture.  Work was contracted as a joint venture with EverGreene and MidContinental.

Old Supreme Court Chambers (2017-18): EverGreene conducted a finishes investigation in 2017 and determined that paint failure was occurring due to an incompatible paint layer. In 2018, EverGreene identified original paint colors, carried out paint removal, and restored the original decorative color scheme in the room. 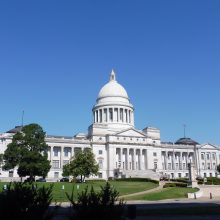 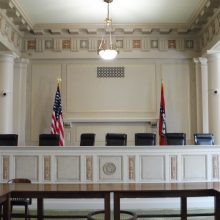 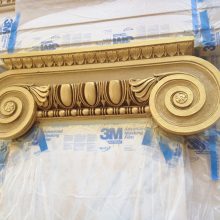 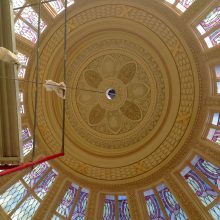 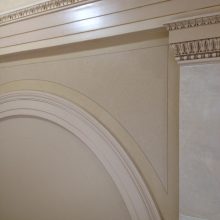