The over life-sized carving of James Monroe at his home Highland was sculpted by Atillio Piccirilli and carved by his family firm of Carrera marble in the 1890s. The statue was originally commissioned by the Venezuelan Government as a tribute to the Monroe Doctrine but, after languishing in the family studio for decades, was eventually placed at Highland in 1932.

The sculpture suffered from deterioration typical of outdoor marbles. There was extensive soiling and active biological colonization on shaded areas of the sculpture that retained water. The soiling resulted in discoloration and loss of legibility of the forms. There were small cracking at the base, mortar loss, and the right fore fingertip had been previously broken off.

We performed surface cleaning on the sculpture and base to remove biological growths and surface staining. Cleaning was done through a sequence of washes and biocides following testing. After cleaning had successfully removed the worst of the soiling other repairs occurred. The salvaged broken finger was re-attached using a stainless steel threaded dowel. Cracks were filled with a custom colored grout and the joint was repointed. We also provided detailed maintenance recommendations to the client. 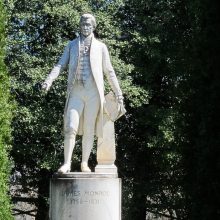 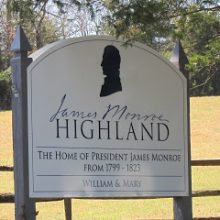 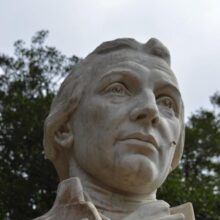 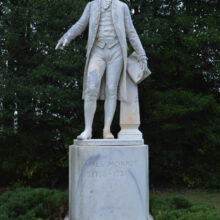 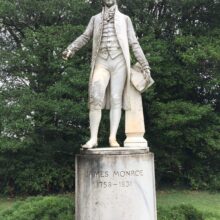 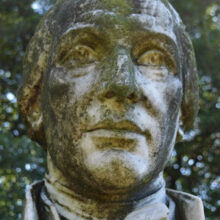 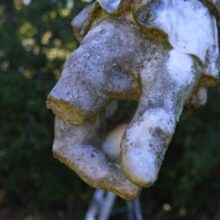 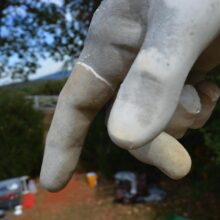 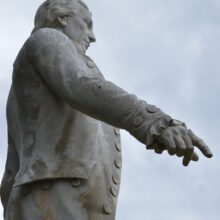