The Battery Maritime Building in lower Manhattan was designed by the firm Walker and Morris in an Art Nouveau style and completed in 1909. The structure utilizes a unique combination of architectural metals, including cast iron, rolled steel, stamped zinc and copper. At the time of its construction ferries were a popular mode of transportation between Brooklyn and Manhattan. The building’s grand lobby, lined with cast-iron columns and stained glass windows, served as a waiting room for passengers. After the ferry shut down in 1938 the building was handed off to a series of city agencies, during which time the terminal suffered severe deterioration. In 1957 an addition was made to the building, obscuring much of the original architectural detail and design.

When the New York Department of Transportation endeavored to restore the historic building, EverGreene was commissioned to lead a team of conservators to document and inventory the over six thousand pieces of cast iron cladding that needed restoration.

Building elements slated for removal and conservation were documented in-situ. Assemblies were digitally photographed, tagged, and logged into a database created specifically for this project. Removals were tracked during disassembly, along with loading and transport to assure that all pieces would be returned to their precise original locations. Workers for partner firms were trained to use the database, enabling them to handle later documentation needs. The restored elements were later returned to the site and reinstalled. 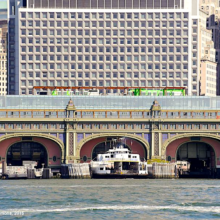 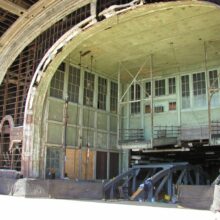 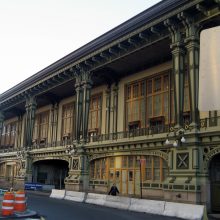 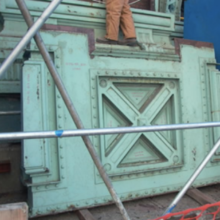 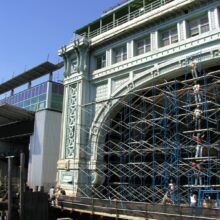 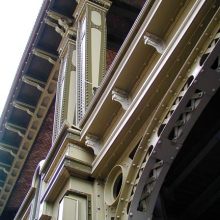