Prior to implementing a full restoration/conservation of the murals, EverGreene completed a survey, field testing, and prepared treatment mock-ups.

The four murals were in varying states of disrepair, all required surface cleaning, inpainting areas of loss, and the application of protective varnish. “Settlement of the Territory by James Bronck Under the Dutch” needed the most significant intervention. Its plaster substrate exhibited deterioration, most likely due to an earlier roof leak, and the canvas had multiple areas of planar distortion. EverGreene partially removed this mural from the wall, repaired the underlying plaster, and then reinstalled it. Since this disturbed the original lead adhesive, EverGreene had to utilize environmental controls and conservation techniques. 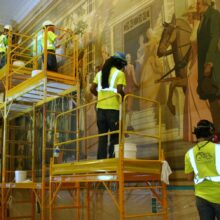 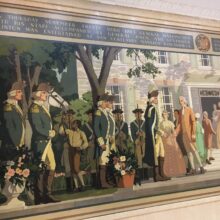 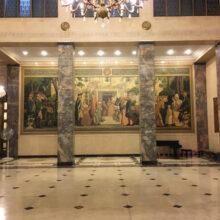 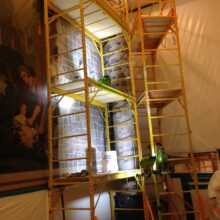 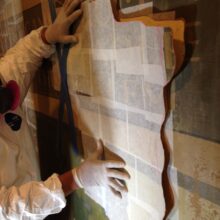 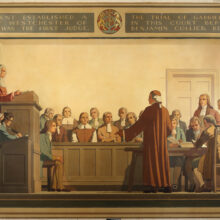 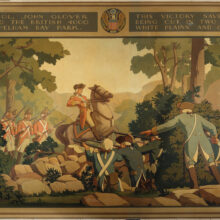 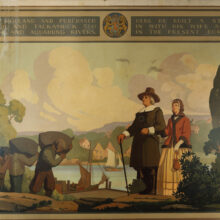 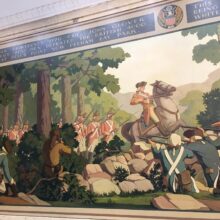 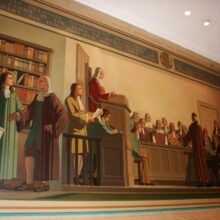