Perched atop a 75 foot limestone Corinthian column in Pelham Bay Park in the Bronx, New York, is a gilded bronze victory figure. Designed by architect John J. Sheridan and sculptors Belle Kinney and Leopold Scholz, this site was dedicated to World War I servicemen from the Bronx in 1933.

In addition to the victory figure’s gold leaf exterior disappearing almost entirely, the memorial had long been subject to effects of weathering, vandalism, and structural issues.

We were contracted to perform an assessment of the memorial, and to develop and oversee a plan for its removal, conservation, and reinstallation of the bronze. We also oversaw treatment of the stonework through removing the cement-wash coating, cleaning, replacing/repairing damaged stonework, and repointing the memorial. Once fully cleaned and rid of surface corrosion, the victory figure received two layers of gold leaf coating. Finally, the figure was hoisted and transported back to site where it was reinstated atop its base. 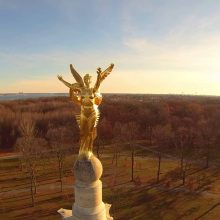 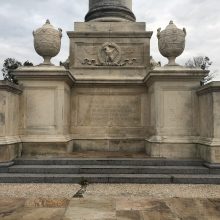 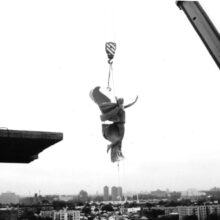 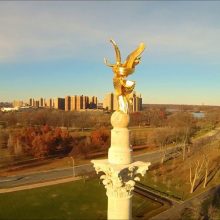