Butler Chapel serves the Marymont Convent for the Sisters of the Sacred Heart of Mary. The chapel underwent a renovation in the 1980’s that rendered the space less historically accurate to its original aesthetics and lacking the vibrancy the space had previously possessed. In an effort to return the chapel to its former appearance and better serve the aging population of the convent, EverGreene, in conjunction with designer Rochard Vosko, project manager Kate Nanke-Porco and liturgical consultant Sister Catherine Vincie RSHM made both decorative and functional changes to the chapel.

To make the chapel more comfortable for the older sisters, Richard Vosko designed a new seating plan which took the chapel from a traditional, forward facing orientation to a more central plan which included armchairs rather than pews. EverGreene worked on the plaster and decorative painting scheme of the chapel, which included new stenciling, as well as cleaning and restoring the stained glass windows in the space. 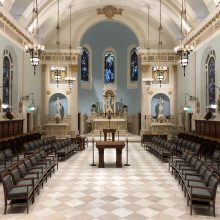 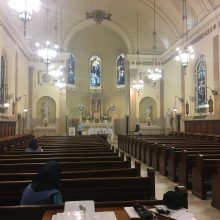 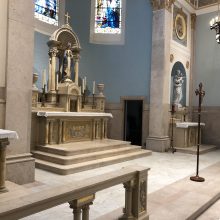 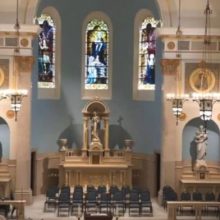 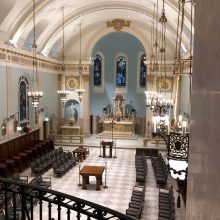