The John and Mable Ringling Museum of Art is home to one of the preeminent art and cultural collections in the United States. John Ringling built a 21-gallery museum to house his treasure trove of paintings and art objects on the grounds of the bay side home he built, called the Ca’ d’Zan. He opened the Museum of Art to the public in 1931, two years after the death of his wife Mable.

Our conservators treated a severely damaged marble version of the Venus de’ Medici that originally adorned the historic Ca’ d’Zan swimming pool. Treatment occurred during July and August 2017. A pre-treatment assessment was performed, which identified the breaks, losses and soiling of the fragments. We developed plans to restore the work in a long-lasting and sympathetic method so that the work could be re-installed in its original outdoor setting.

The marble was treated based on the proposal, reassembling extant fragments and stabilizing the statue for the purpose of future installation. Work was performed on site at the Ringling Museum of Art. The sculpture was cleaned, reassembled, pinned, adhered and filled. At that stage, the missing nose and fingers were not replaced. We provided a detailed treatment report as well as maintenance recommendations. 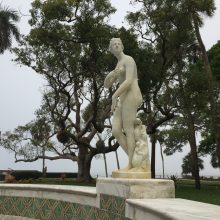 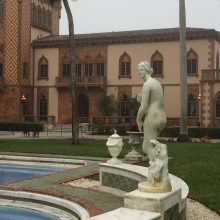 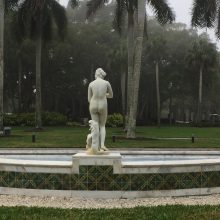 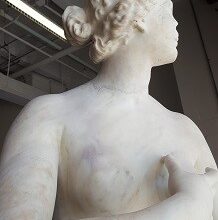 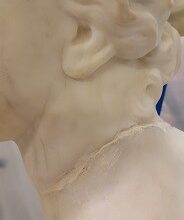 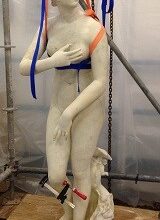