Christ Church, United Methodist was originally built in 1933 by architects Cram and Ferguson, who are well known for their Gothic buildings throughout the United States, including the West Point campus of the United States Military Academy and The Cathedral of Saint John the Divine, located in New York City. Church services in Christ Church began in 1933, but the completion of the mosaics, which are the crowning jewel of this building, was delayed until 1949 due to the economic impacts of the Great Depression and World War II. The ornate mosaics and level of decoration inside Christ Church set it apart from other Methodist Churches.

In 2019, EverGreene was selected by the church, Thomas A. Fenniman Architect, and Metropolitan Planning and Management to participate in the first interior restoration project to ever be performed at Christ Church. The project was divided into two phases: restoration and renovation. EverGreene Architectural Arts lead the Church’s restoration while PRESERV managed the renovation. EverGreene worked with the client team to develop smart ways to maximize both the impact of our conservation and preservation work and savings for the client.

EverGreene’s scope of work includes conservation and stabilization of the mosaics, the cleaning of the acoustic tiles on the ceiling and reviving their metallic finish which had tarnished and deadened over time, decorative painting and gilding, stone and marble cleaning and conservation, and wood refinishing. The ultimate effect of this restoration project was a revival of the glittering golden ceiling and aesthetic effect that the church originally had and now has again. 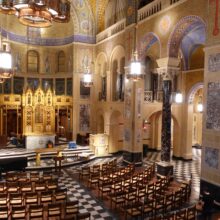 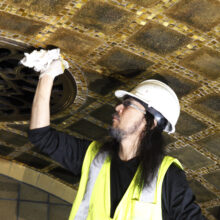 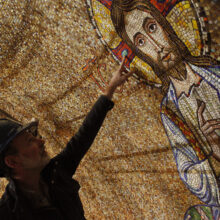 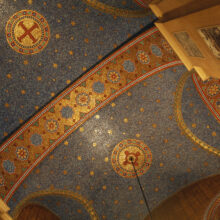 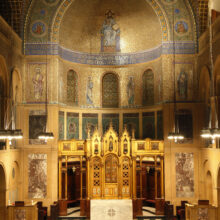 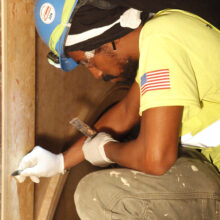 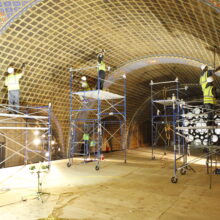 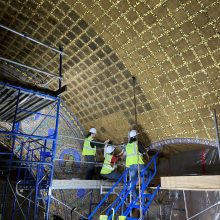 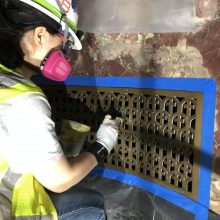 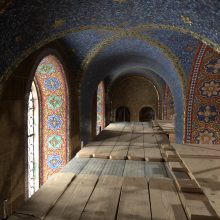 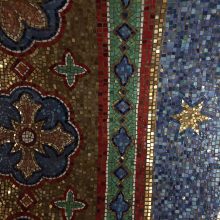 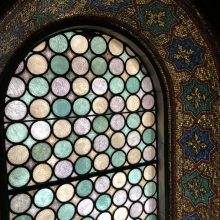 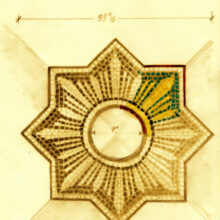 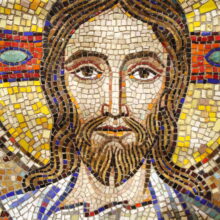 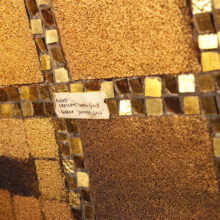 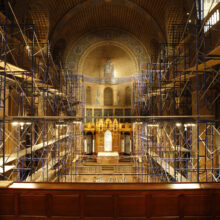