The Colorado State Capitol was built in 1898 and modeled after the United States Capitol. Its dome is gilded in genuine 24k gold to commemorate Colorado’s 1859 Gold Rush and has been re-gilded a total of four times since its original construction.

EverGreene had the privilege of restoring the gilded dome twice; first in the early 1990s as part of an extensive restoration after severe hail damage, and again in 2013, when a new 11,000 square foot copper dome was installed as part of a seismic stabilization and interior restoration.

For this unique project, EverGreene sourced Colorado-mined gold. The raw gold, processed and donated by Anglo Gold Ashanti Mining Company, was sent to Florence, Italy to be melted and pounded into gold leaf sheets by classical masters, then shipped back to Colorado. The dome surface was stripped, acid washed, and primed before it was re-gilded.

The Capitol’s interior restoration of the House and Senate chambers included conserving and replicating the historic stenciling on gallery walls, installing acoustic plaster panels, and gilding, refinishing and painting ornamental and flat plaster. 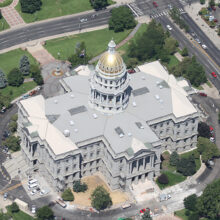 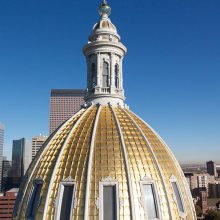 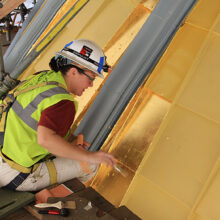 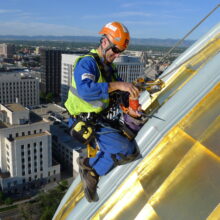 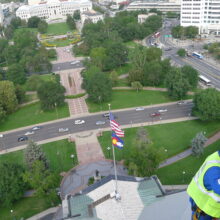 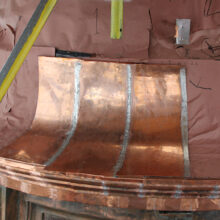 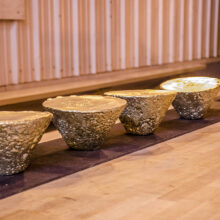 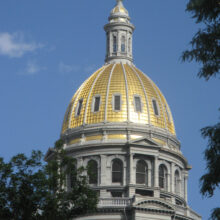