The Cooper Hewitt Museum, which became part of the Smithsonian Institution in 1968, moved into its current location at 91st Street & Fifth Avenue in 1970. During the museum’s $64M, seven year renovation, which began in 2007, EverGreene conserved and restored the century-old mansion’s decorative paint, plaster, wallpaper, stone and wood finishes.

One notable area of work was the Teak Room, the former Carnegie Family library. The room was originally designed by Lockwood de Forest, a leader of the American Aesthetic movement. EverGreene conservators treated all wood surfaces, removing wax and deteriorated shellac in select locations, and resurfacing the wood as needed. We also gilded and hand-stenciled areas of loss, restoring the historic Indian-inspired wall coverings to their original brilliance.

The Grand Foyer’s magnificent wooden staircase required a complete restoration, including the intricate banister. Our plaster experts were involved in the flat and ornamental plaster conservation and restoration throughout the museum and removed dozens of layers of paint from the historic Caen stone.

The Cooper Hewitt is the only museum devoted exclusively to both historic and contemporary design. The massive restoration added 7,000 square-feet of additional exhibition space. 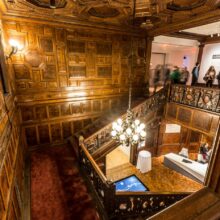 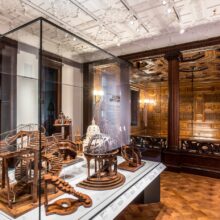 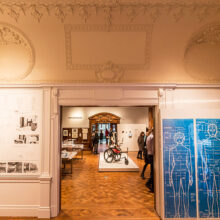 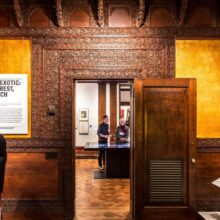 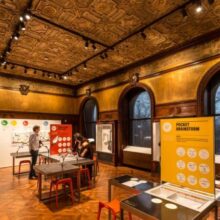 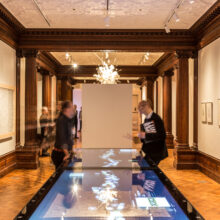 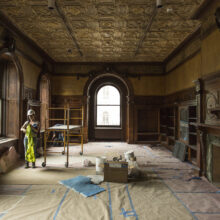 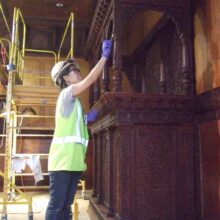