The Curran Theater was designed by Alfred Henry Jacobs and was built in 1922. The ceiling of the main lobby is plaster that has been painted to look like wood grain and it has murals by Arthur Matthews. The theater is named after the original owner, Homer Curran, who has written the book for the play Song of Norway. 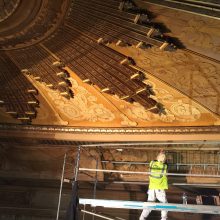 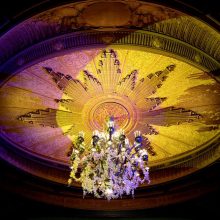 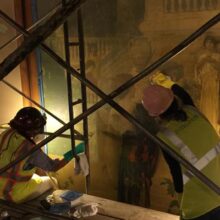 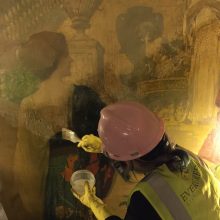 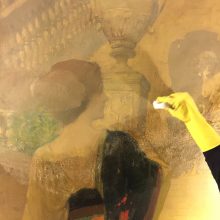