The Dolley Madison house also known as the former “NASA Headquarters” from 1958- 1961, is centrally located within Washington D.C. on H-Street and Madison Place. The house was first built by Congressman Richard Cutts in 1820, the brother-in-law of Dolley Madison which was then passed down after death to President James Madison. Dolley Madison lived in the house until she passed away in 1849, it was later on purchased by Charles Wilkes 1851, Naval Officer. Wilkes proceeded to make many upgrades to the house and had guest of high power such as President Abraham Lincoln.

In 1886, the Cosmos Club purchased the Dolley Madison house, and too made many upgrades to the site. It was owned by the Cosmos Club up until 1940, where the federal government made the purchase of the property for the expansion of the Treasury Department. After the house being leased up until 1952, the National Air and Space Administration made the Dolley Madison House its headquarters. From there on stood many brave astronauts from the Mercury Mission, that press filled constantly at the doorstep. It wasn’t until the 1960’s, when First Lady Jacqueline Kennedy, made it her mission to preserve the Dolley Madison House as a historical site. Today, the Dolley Madison sits as one of the most noted historical houses in Washington D.C. for not only its residence but for its contributions to the government.

Conservation Solutions , a division of Evergreene Architectural Arts, was contracted to work on the interior and exterior portions of the Dolley Madison House. The Scope of Work was broken up into three phases: 1) assessment and testing, 2)construction, 3)construction administration. Within assessment and testing, facades were inspected as well as materials being identified for preservation or replacement. Contract drawings were made to aid in treatments of the current facades, and documents provided to assist professional engineers in assessments of contractors to be hired. Consulting services were also provided on site for the exterior portion of the house, along with Quality Control and Historical Preservation services. 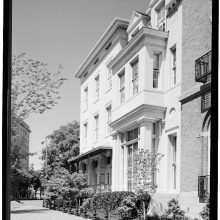 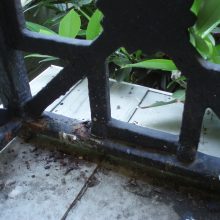 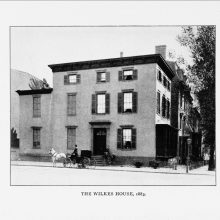