When it was installed in Coney Island in 1911, the German made El Dorado carousel was considered one of the finest in the world. More than 60,000 electric lights covered its finely decorated surfaces of prancing animals and carriages. To enter it, one passed under a proscenium topped with three ferocious roaring lions. Fires, neglect and vandalism took their tolls as Coney Island declined from a vibrant turn of the century fairground to the tawdry cheap dive it had become by the 1970’s. When the Brooklyn Museum collected one of the remaining lions, it had lost its hind half and what remained had suffered from extensive deterioration, loss and damage from poor repairs.

Our conservators removed the many campaigns of failed repairs, re-soldered what remained of the original zinc sheets, formed new sheet of repoussé zinc to recreate missing element and re-establish the forms of the original lion. Original wood supports were replaced, a new stainless steel armature was engineered and installed to support the lion’s body and paws and to mount it atop the roof over the museum’s rear entrance. The sculpture was then cleaned, repatinated and coated with wax. 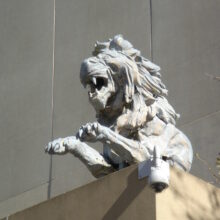 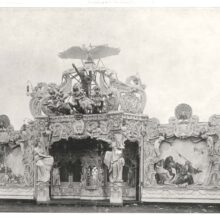 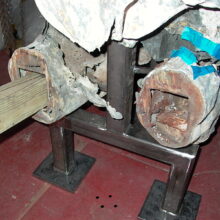 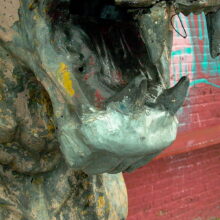