Lincoln Park’s Emancipation Monument (1876) and Mary McLeod Bethune Statue (1974) represent key landmarks in African-American history. Perched on a 12-foot granite pedestal, the Emancipation Monument is one of the first public monuments to the abolition of slavery. It depicts Abraham Lincoln extending a hand over a freed slave rising from his knees. This work, sculpted by Thomas Ball and cast by Ferdinand Miller, faces the Bethune Statue from almost a century later. Bethune, who served as an adviser to Franklin D. Roosevelt and founded the National Council Negro Women, is represented with a young boy and girl, handing them a scroll symbolizing her legacy. This bronze statue sits on a six-sided cast stone pedestal with bronze plaques.

An assessment of the statues established the need to address mild corrosion of the bronze, coating loss, inappropriate hardware, and deformation of the plaques, among other issues. Masonry repairs were also needed, including the removal and replacement of joints.

EverGreene conservators treated the two monuments in 2017. Work entailed cleaning the bronze and removing existing coatings, spot-patination as needed, and application of a corrosion inhibitor, followed by a final wax coating. In addition, a combination of power washing and micro-abrasion, as well as chemicals and poultices, was used to treat the stains on the pedestals. Finally, the bronze plaques were removed and treated offsite, then returned and re-installed with appropriate bronze hardware. 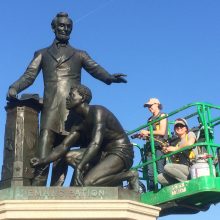 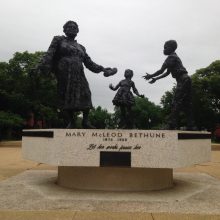 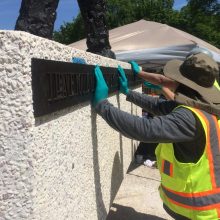 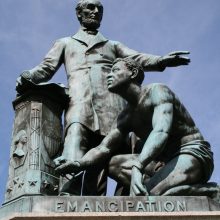 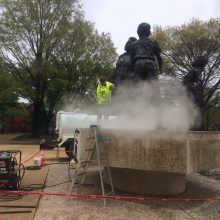 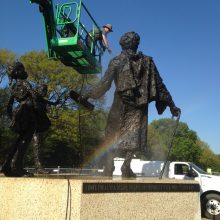 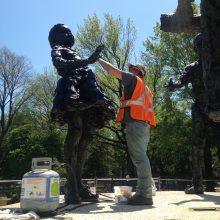